If there is one aspect of older horror and science fiction films that tends to get overly scrutinized, it’s the frequent focus on scientific theories and practices that, while presumably questionable at the time of these films’ release, have been proven untrue and often laughably outlandish in the years since. Today’s topic of review, 1944’s The Monster Maker, is no exception. While some viewers may have extreme difficulty over-looking or accepting these flaws or affronts to modern science, for many (myself very much included) these outdated and often ludicrous theories and methods only add a layer of charm to these films.

Released by Producers Releasing Corporation (PRC, as it’s better known) and directed by Sam Newfield (who in addition to directing countless westerns also helmed 1942’s The Mad Monster, 1943’s The Black Raven, and 1946’s The Flying Serpent, all starring British actor George Zucco), The Monster Maker stars J. Carroll Naish as “Dr. Igor Markoff”, a doctor specializing in the study of glandular disorders, most notably acromegaly. For those unfamiliar with this tragic and (thankfully) somewhat rare disorder, acromegaly is caused by the pituitary gland producing excessive levels of growth hormone, resulting in the disfiguring enlargement of the bones, frequently in the head, hands, and legs/feet. While not as extensive as what afflicted “The Elephant Man” Joseph Merrick, acromegaly can often result in severe pain and even the premature death of those suffering from it.

Now that we have that depressing lesson out of the way, let’s get back to focusing on the film… 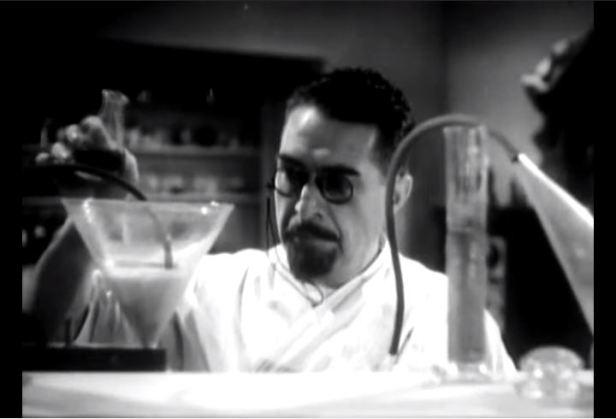 One evening, while attending a performance by famed pianist Anthony Lawrence (Ralph Morgan – Night Monster, The Creeper) with his lovely assistant, Maxine (Tara Birell – The Frozen Ghost, Jungle Queen), Markoff notices a young woman who bears a striking resemblance to his late wife. His constant staring causes the woman some early unease, as well as irks Maxine, who has secretly longed for the doctor’s affection for quite some time. Upon learning that the woman is actually Lawrence’s daughter, Patricia (Wanda McKay – Bowery At Midnight, Voodoo Man), Markoff makes an effort to win the woman over, even if she is already engaged to another man. This fact does not deter the doctor in the slightest, and he continues his attempts to woe the young woman… which only serves to creep her out even more.

Offended by Markoff’s persistence and the effect it has on his daughter, Lawrence pays a visit to the doctor’s office, hoping to intimidate the man into ceasing his unwelcomed advances. However, Lawrence is knocked unconscious by Markoff and injected with a serum that causes him to rapidly develop a highly aggressive form of acromegaly, which threatens to destroy the man’s ability to play the piano. Granted, I don’t believe that this disorder is available in liquid form, but that’s why films are usually considered to be works of fiction. Not so coincidentally, Markoff is the only doctor capable of treating the inflicted man and, in addition to slowly extorting Lawrence’s fortune, offers to cure him in exchange for Patricia’s hand in marriage. Naturally, Lawrence initially refuses, but is forced to relent as his ailment steadily progresses. 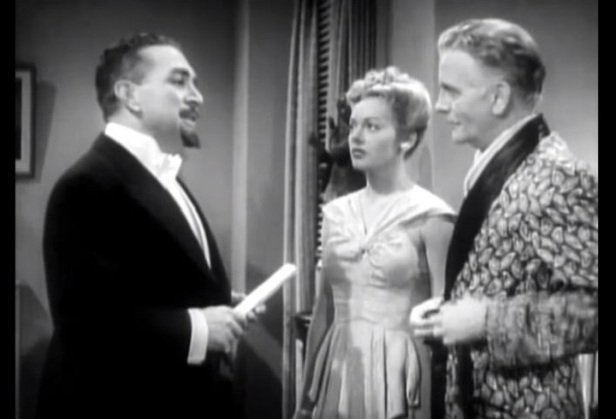 Upon learning what Markoff has done, as well as the truth about his sordid past, Maxine begins to fear and distrust the doctor, even threatening to inform authorities. In return, Markoff plans to have the woman killed by releasing an ape that he keeps caged in his laboratory. In reality, this ape is portrayed by none other than prolific stuntman Ray “Crash” Corrigan, who, in addition to starring in numerous westerns, was frequently cast in horror and sci-fi films such as 1940’s The Ape and 1952’s Bela Lugosi Meets A Brooklyn Gorilla as… well, as apes and/or gorillas. Corrigan also starred as the titular creature in 1958’s It! The Terror from Beyond Space, his final film.

Events proceed in an expedient fashion. However, as the film is only just over an hour long, they are also resolved in an expedient fashion as well. The Monster Maker ends in a manner that some might find abrupt and (as such) a little unsatisfying, especially as the majority of the film is heavy on dialog, but undeniably light on action. However, the story is quite cold-blooded and sadistic for its time, which does help make it somewhat memorable. The film also features the first work of well-respected B-movie composer Albert Glasser, whose work fans of classic genre films may remember for (Earth Vs.) The Spider, Beginning of the End, Monster from Green Hell, and more. 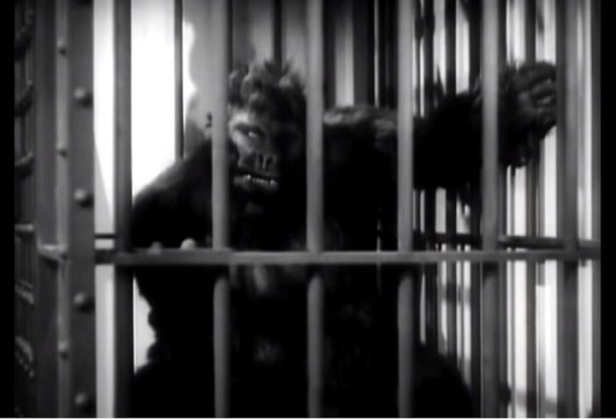 Performances are generally respectable, but most are not what I’d deem exemplary. This includes supporting roles from Glenn Strange, who Universal Monster fans know as the actor who replaced Boris Karloff as “Frankenstein’s Monster” in later films, as Markoff’s seemingly nameless man-servant, and Rin Tin Tin “ripoff” Ace the Wonder Dog, who portrays (what else?) a dog. Birell tends to be a tad over-dramatic in her role, but that was somewhat customary for many “women in peril” roles of the time. Naish, who would appear in House of Frankenstein (with Strange, Karloff, and Zucco) the same year, gives a notably menacing performance as the diabolical “Markoff”, carrying the film through some of its more preposterous moments. The man’s acting abilities would help him receive an Oscar nomination the year prior, for 1943’s Sahara, and again in 1945, for A Medal for Benny (for which he won a Golden Globe). Naish would make his final film appearance as another evil doctor in Al Adamson’s Dracula Vs. Frankenstein (1971), a film that most film critics would undoubtedly claim is not on the same level of excellence as the previously mentioned titles, but one that this particular reviewer shamelessly admits to loving nonetheless.

All this said, the undoubted highlight of the film is the impressively unsettling make-up work of Maurice Seidelman, whose transformation of Ralph Morgan into a horrifically deformed victim of acromegaly is both uncomfortable to look at and difficult to turn away from. It’s these talents that made Seidelman a “regular” on Orson Welles’ films such as Macbeth, A Touch of Evil, and even Citizen Kane. It doesn’t, however, explain how he ended up providing the make-up effects for Ed Wood Jr.’s Bride of the Monster (another film that I shamelessly adore.) 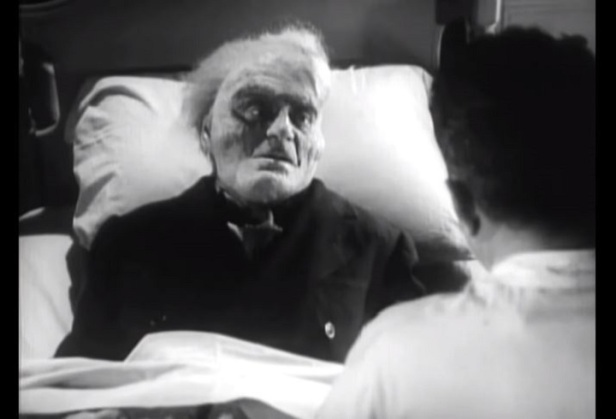 Overall, The Monster Maker may not be every horror fan’s “cup of tea”, even among fans of these older films. That said, at such a short runtime, I see little reason not to recommend giving the film a watch, if only for the make-up effects. The Monster Maker is available to watch free on both Tubi and Youtube, as well as available on blu-ray courtesy of Fred Olen Ray’s Retromedia Entertainment.