Our 8th and final debuting contributor to this year’s Halloween Horrors series is Brendan Bean. Another long time friend, Brendan possesses a vast wealth of movie trivia knowledge, in particular, when it comes to production info, celebrity birthdates, and film anniversary dates. To be quite honest, if you see me make a post on the Horror And Sons Facebook page celebrating the birth of a specific actor/director or the release date of a horror classic, chances are that I saw Brendan post it first (or he reminded me of it prior). Hey, gotta give credit where it’s due!

Because of this horror film knowledge that he possesses, I knew he would be a welcomed addition to this year’s line-up…. which is why I specifically asked him to be a part of the series! As expected, he did not disappoint!

For his debut in our series, Brendan will be taking a look at 1981’s Ghost Story, a film that is just as remembered for its cast of Hollywood legends as it is for just being downright creepy!! But don’t take my word for it! Here’s Brendan to tell you more!

Based on the novel by: Peter Straub

This has always been one of my favorite horror films. Somewhat forgotten today. even with a stellar Hollywood legend cast. The synopsis of the film seems pretty standard…. Four elderly men who have known each other since childhood called themselves “The Chowder Society” and relish in scaring each other with ghost stories. Yet, something is different about this night and, one by one, things begin happening to the four men and their families; all centered around a mysterious woman and the nightmares that each begins to have.

After one son and two of the four men are dead, the other two relent and tell the “worst story we know” to the other son. In 1929, a beautiful young woman, Eva, came to town and the four men were mesmerized with her. However, one night she ridiculed them. One of them became forceful to quiet her down and she fell against a fireplace. Dead! Fearing their lives would all be ruined, they decided to borrow a car, place her in it, and send it into a local pond. As the car began to sink, they saw her moving in the back seat. They swore never to speak of the incident. 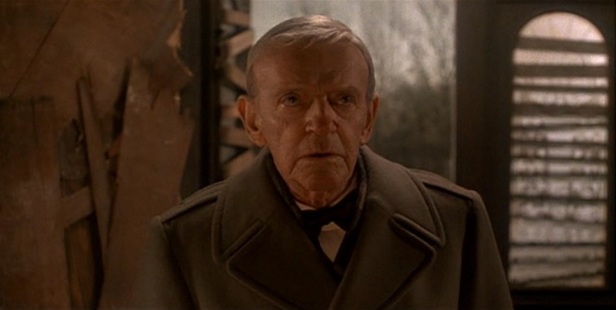 Convinced through their nightmares and old pictures of the girl, whom one of the sons swears is a girl he knows today, they realize that Eva’s spirit is looking for revenge! They go to Eva’s old dilapidated house. The second son falls through a stairwell and breaks his leg. One man stays with him, while the other leaves for help. In his car, the third man sees a vision of Eva in the back seat and crashes. Man #4 realizes that something is wrong and also leaves for help.

The son, now alone, sees Eva’s apparition. While this is happening, Man #4 goes to the police and insists that they raise the car from the pond. As Eva’s ghost is about to kill the son, the car breaks through the ice and a moldering corpse is seen in the back seat. The son watches in terror as Eva’s spirit begins to disappear and there is left only silence. 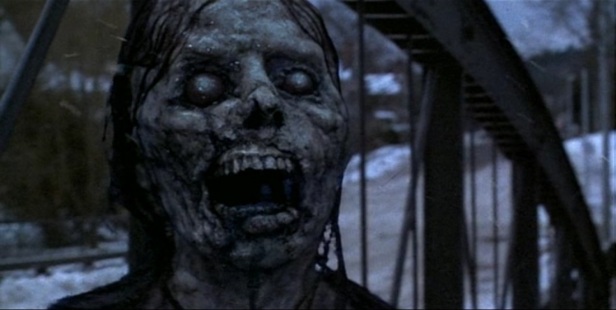 The cinematography is very eerie and was filmed in a small New England town during winter. The town name, Milburn, is fictional. Production designer Michael Seymour worked on Alien prior to this film.

I first saw this film when I was very young, probably around 12. That was when HBO and Showtime were new and actually had a “wow” factor. Those channels introduced me to many atmospheric horror films of that era. The Hearse. The Changeling. The Fog. The Amityville Horror. The Shining. And, of course, Ghost Story. All of them had something supernatural about them and it just intrigued me. To this day, I prefer a psychological ghost story over a bloody slasher film.

I truly recommend this film in every way! Legendary cast. Good directing. Good script. Winter cinematography. Excellent music score. Some of the effects may be dated by today’s standards, but I will take it any day over the overuse and misuse of CGI effects. 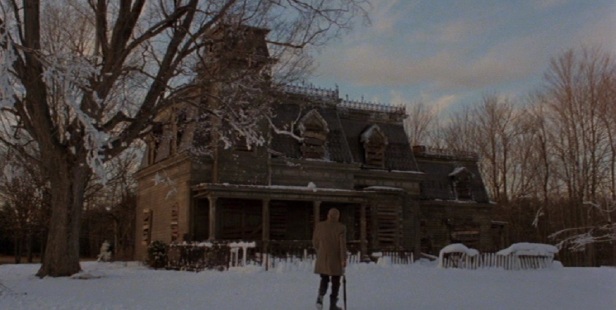 Thank you to Horror And Sons for welcoming me to do a first time film write up!

“This is Brendan, last survivor of the Nostromo…. Signing off…”