Two young men put the validity of a local legend to the test in Crybaby Bridge: A Louisiana Urban Legend, a new short film from acclaimed author and Louisiana native J.P. Willie (author of Blood in the Woods).

As the film opens, Lionel (Adrian Richard) orders a shot from the bartender at the neighborhood bar while waiting for his friend, Derek (Zakery Jones), to arrive. Lionel would appear to be a regular, as he and the bartender are on a first name basis. Lionel mentions that he and Derek will be returning to the bar later that evening to meet up with Lionel’s girlfriend and the friend that she plans on hooking Derek up with.

However, the guys will first be heading out for a little “ghost hunt” to start their night. The bartender asks if they are going to “Crybaby Bridge”, and attempts to talk Lionel out of it when he confirms her suspicions. She warns him that “horrible things have happened out there” in the past, but this does not dissuade the man. 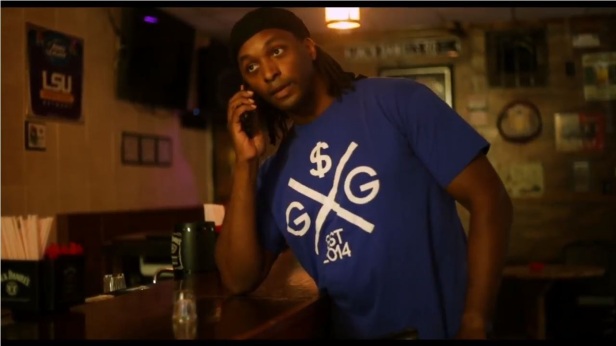 Derek soon arrives and the men are on their way to their destination, a catchy rap joint playing over the opening credits as they ride. After the credits, focus returns to the bar, now starting to fill up with a weekend night’s revelers. While most of the folks featured are nothing more than periphery characters (aka “extras”), they each do a commendable job of portraying the lively regulars of a local dive bar.

We are introduced to Lionel’s girlfriend, Imme (Anna Medley, who also plays a second role later in the film), as well as Corrie (Stephanie Wells), the friend she has brought along as a date for Derek. The girls banter about previous hook-ups that have gone wrong, before Imme mentions that the guys should soon be returning from”Crybaby Bridge”. As Corrie has never heard the legend, Imme fills her in, conveniently educating the audience as well, as they presumably also do not know the legend. However, the recounting of the tale draws the attention of an older man drinking alone at the bar nearby. 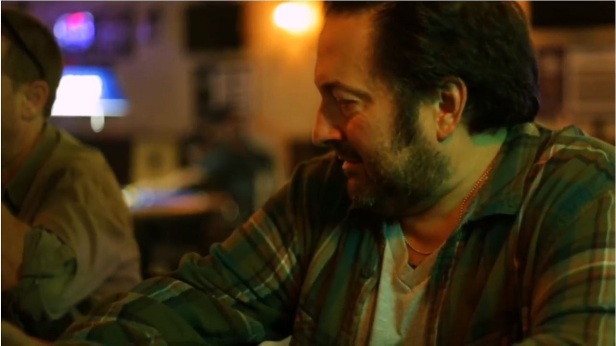 Per the legend (which, mind you, is younger than myself): a young woman was murdered and her body stuffed under the bridge now dubbed “Crybaby Bridge”. It is discovered that she was seven months pregnant at the time of her demise. The “legend” now alleges that on nights when the moon is just right, if you park your car on the bridge and honk your horn three times, the woman’s spirit will appear. Of course, this recounting of the tale is interlaced with scenes of the two men attempting the “ritual” themselves.

Enthralled by the tale, the girls fail to notice that the man from the bar has approached their table. Appearing disheveled and more than a touch unhinged, if not just blistering drunk, the man interrupts the tale to eerily tell Imme that she looks just like the dead girl from the legend. They have the same eyes, he says in a manner that almost seems menacing. From here, events escalate in the bar, as well as at the bridge.

Crybaby Bridge: A Louisiana Urban Legend relies on a mix of well-timed jump scares and the “creep factor” generally created by local legends and folktales. At only just over eleven minutes long, it quickly establishes it’s plot and characters, provides a few cheap thrills and perhaps a couple chuckles, and ends with both a final shock and an open-ended implication that the evils portrayed in the film will exist beyond the ending. 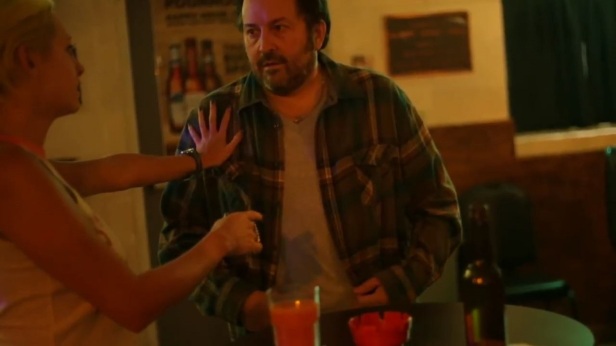 The performances aren’t what I would call particularly “exemplary”, but the majority are quite respectable and believable. That said, credit to actor Joey Alonzo for making the human threat found at the bar feel much more frightening than the supernatural threat found at the bridge, although that one is substantially more malevolent.

Crybaby Bridge doesn’t break new ground so much as it treads familiar territory. There’s not much here that you haven’t seen some variation of before. Yet, the film still successfully manages to tell its tale, serve up a few scares, and (most importantly) entertain… all without overstaying its welcome with unnecessary padding or exposition. It also features a stand-out soundtrack for such a low-budget film.

If nothing else, the film serves two purposes. It exploits an urban legend, albeit one that actually exists in multiple variations throughout multiple cities and states within the US, that audiences may not be overly familiar with. It also provides Willie with an opportunity to display his storytelling talents in a format other than the written word. In this area, he definitely shows that he has the chops to pull off some scares, so hopefully this film is just a sign of things to come.

Crybaby Bridge: A Louisiana Urban Legend is currently making the rounds on the film festival circuit, so be sure to follow the film’s Facebook page to keep updated on screenings in your area! We will do our best to keep you updated on upcoming screenings as well!