Please welcome my friend Rob Lozak back for a second year of Halloween Horrors.

While Rob’s look at Student Bodies was one of the more comedic pieces from last year’s event, he has taken a decidedly more serious approach with this year’s claim of “Gabriel” from the Prophecy series of films. Where as that piece featured references to late-night cable skin flicks and “rubbing one out”, this piece deals with a topic that’s just as “sticky” (pun VERY MUCH intended): religion. 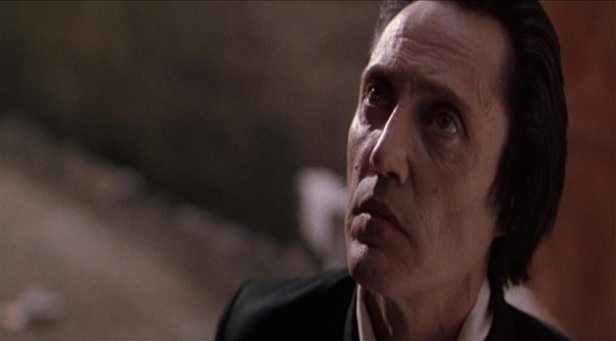 Growing up, I was introduced to a lot of different views of Christianity. I was raised Catholic, attended a Presbyterian middle school, went to a Baptist high school, and followed that up at a Methodist university (that, in all fairness, was Methodist in name only).  At any rate I got a lot of instruction from the Old and New Testament, and while I may not find salvation from it, I do attribute it to my love of horror movies with a Biblical theme; Rosemary’s Baby, Stigmata, The Omen.  Anytime God, Lucifer, or anyone else from the Bible gets involved with human affairs and things get bad for us, I’m delighted.

So, that brings us to The Prophecy, a movie with a very unique premise. A second war has broken out in heaven. This time an angelic civil war is happening, with the rogue angels being lead by the archangel Gabriel. Beautiful, ferocious, jealous Gabriel who, like all good villains, sees himself and his motives as justified and righteous.

You see, Gabriel holds a bit of grudge against humankind. Once God created man, angels were no longer His favorite, despite man’s tendency to be completely ungrateful assholes. So, you can probably see why that would irk an angel who had loyally and dutifully followed God’s word for so long. It’s classic older sibling jealousy, but God’s favor is special, and to Gabriel the chance to regain it is enough reason for him to disobey and want to destroy us “talking monkeys.” For him it’s not a power struggle like it was when Lucifer fell. As he states before he kills one of his brother angels, “I don’t want to be God. I just want to make it like it was before the lie. When he loved us best.”

Gabriel’s motivation is solid, and his drive to achieve his goal is admirable (and I say this as someone who would ultimately become one of his victims), but there’s one little thing that completely puts him over the top as one of the most memorable film characters of all time: He is played by Christopher Walken.

For some of the younger readers out there, here’s a brief history lesson. Once upon a time, Christopher Walken was not the parody of himself that he has been for the last 15 or so years. For many years, he was a quirky, but extremely charismatic actor, and he didn’t play it off for laughs. He could control a scene and get a reaction with just a stare or a slight change in his voice.

As “Gabriel”, his full range is on display and the result is a magnetic character that you can’t look away from.  He switches from making you chuckle with a one-liner, to scaring you as he yells with a voice thunder would be jealous of, and then chilling you with a quietly delivered line like this:

“I’m an angel. I kill firstborns while their mamas watch. I turn cities into salt. I even, when I feel like it, rip the souls from little girls. And from now till kingdom come, the only thing you can count on in your existence is never understanding why.” 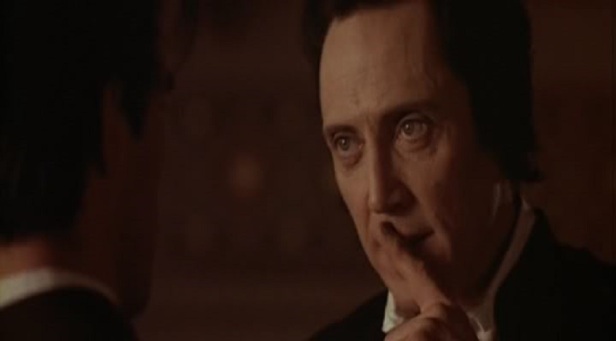 I absolutely loved the character. As I mentioned before, I’ve had a lot of religion put in front of me over my life, and I’ve grown to feel that a lot of it would be better if we treated it like a buffet. Take what we want and leave what we think is bad about it behind. That’s what Gabriel does. He loves God and wants to follow God.  He just wants to correct one thing that he considers an error in judgement so he can make the rest of it better. And that’s why he strikes such a chord with me.

Gabriel makes a return in the next two Prophecy films. The direct sequel is okay, but The Prophecy 3: The Ascent was terrible. A very different Gabriel only makes a couple brief cameos, and while those few scenes are quite good, the rest of the movie is a high price to pay for them.  Honestly though, your best bet is to just skip all the sequels and stick with the first one to truly appreciate how spellbinding Gabriel is.

You can see more from Rob on his new Facebook page, The Saturday Morning Vault.