“Drop Dead” is a new short film from indie filmmaker Joseph Herrera, whose previous credits include the short films “Alone Inside“, “Hunting Love“, & “Lady of Darkness“. His first feature film, Teenage Wasteland, which deals with a group of snuff filmmakers targeting a dysfunctional family at their remote cabin retreat, released to streaming platforms in 2020.

In “Drop Dead“, two recently escaped convicts, Lucky (Joe Walker) and Nicholas (Sal Castaneda) find their way to an old (but in immaculate condition) Victorian-style home located in a secluded (yet still residential-looking) neighborhood somewhere in East Texas, where they hope to find either money or jewelry just ripe for the taking. Instead, they find Anna (Sara Rashelle), a young lady who serves as the “house mother” to a small group of other young women who all reside within the home.

Under the pretense of being broken-down motorists in need of a phone, the two men are quickly welcomed into the home. However, they are soon informed that there is no phone (cell or landline) in the residence, but that if they are willing to stay the night, they should be able to use the mailman’s phone when he comes the following day. The men accept the offer, seeing it as their opportunity to strike. It soon becomes apparent that they really have little say in the matter, especially once Nicholas begins feeling inexplicably tired.

As Lucky begin to search the house, Nicholas decides take a shower, only to have his clothes stolen by one of the women. The woman offers to towel off the naked convict, seemingly aroused by the act. However, she quickly becomes violently enraged by the undefined idea of something mysterious that she is being forced to partake in. When the woman finally flees from the room, Nicholas decides to take a short nap.

“Drop Dead” features some pretty solid camera work, including a couple nicely achieved aerial shots. The film moves at a very quick pace (the film is only just over 20 minutes long) which keeps it from overstaying its welcome, but this approach does rob the film of some build up of suspense. Simply put, there is no surprise that something bad will soon happen to these two men, although there is some surprise of just what.

The film does features some uneven performances across the board, but there’s not much here that I would call truly “bad” acting. Sure, a couple of the actresses may be somewhat overacting, which will sure be noticed by many viewers, but it never feels excessive or overly distracting, and (IMO) may help push the menacing nature that is soon to be displayed by these women, while adding a dash of camp. Be sure to keep an eye out for actress Maggie Kelly as “Courtney”, who may do the best job of balancing “outgoing” and “threating”.

“Drop Dead” probably isn’t going to set the world on fire, but it does showcase some of director Herrera’s potential as a filmmaker, particularly in the realm of horror. Overall, it’s a quick dose of morbid entertainment that won’t take up much of your time. 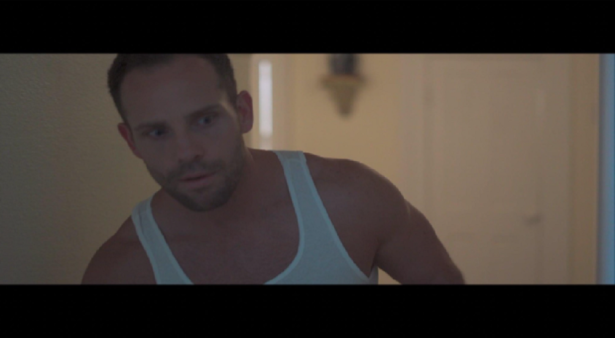 “Drop Dead” was released to Youtube in late October of this year, so it won’t cost you a penny to give this one a quick spin. Here’s the link to the film, in case you decide to give it a watch.