If you look back through the list of topics that were covered in this year’s Halloween Horrors series, you will hopefully notice a vast range of tones, from “laugh out loud” to “cause of childhood trauma”. You may also notice that more than a few of this year’s topics are Disney produced. While it’s quite understandable why many may not be fond of the Mouse Empire, there’s no denying that they are responsible for countless Halloween memories, whether it be from their films, Mickey’s Not-So-Scary Halloween Party at the parks, or even much beloved television specials. Today’s topic falls into that last category, although it does feature images primarily from the first two categories.

So, it’s really quite understandable why so many of this year’s contributors choose topics from Disney, or in the case of all of this year’s Disney-produced features, the Disney vault. Heck, as you read this, I’ll be sitting somewhere at a Disney campground sipping frozen drinks while zipping around in a golf cart and trying to reach my own state of “Halloween nirvana”. Enough about that, though…

Please welcome Danielle Zepeda back to our series for a 3rd year! A lifelong Disney lover, it was no surprise to me that she would be the one claiming this particular treat, just as it was no surprise that she was a perfect choice to do just so! She wonderfully encapsulates what these cartoons and characters mean to so many who grew up with Disney, and why so many choose to return to these films, specials, and theme parks every Halloween!

It was a dark and stormy night… just kidding! It was a sunny Northern California fall, likely too warm to even feel like fall, but that didn’t matter. It was almost time for Halloween and I was born ready! Between the school Halloween party, my birthday, pumpkin carving, and the seemingly endless choices of Halloween content on TV, my calendar for the season was booked. Unfortunately, there was no unlimited DVR or streaming service to catch everything, so you had to pick and choose, or grab a trusty VHS and hope you didn’t record over a precious memory.

It is hard to pinpoint exactly when my love for Halloween started. Maybe it was my parents’ influence since it was often celebrated with parties and lots of decorations, or could it be because I grew up in a time when it felt like Halloween was an “event”? The themed programming and holiday specials made the day, as well as the days leading up to it, burst with anticipation. My favorite way to celebrate was Disney’s Halloween Treat. Hearing the beginnings of the theme song could only mean one thing; it was coming or it was here! Even hearing it as an adult immediately puts me into the Halloween mood. 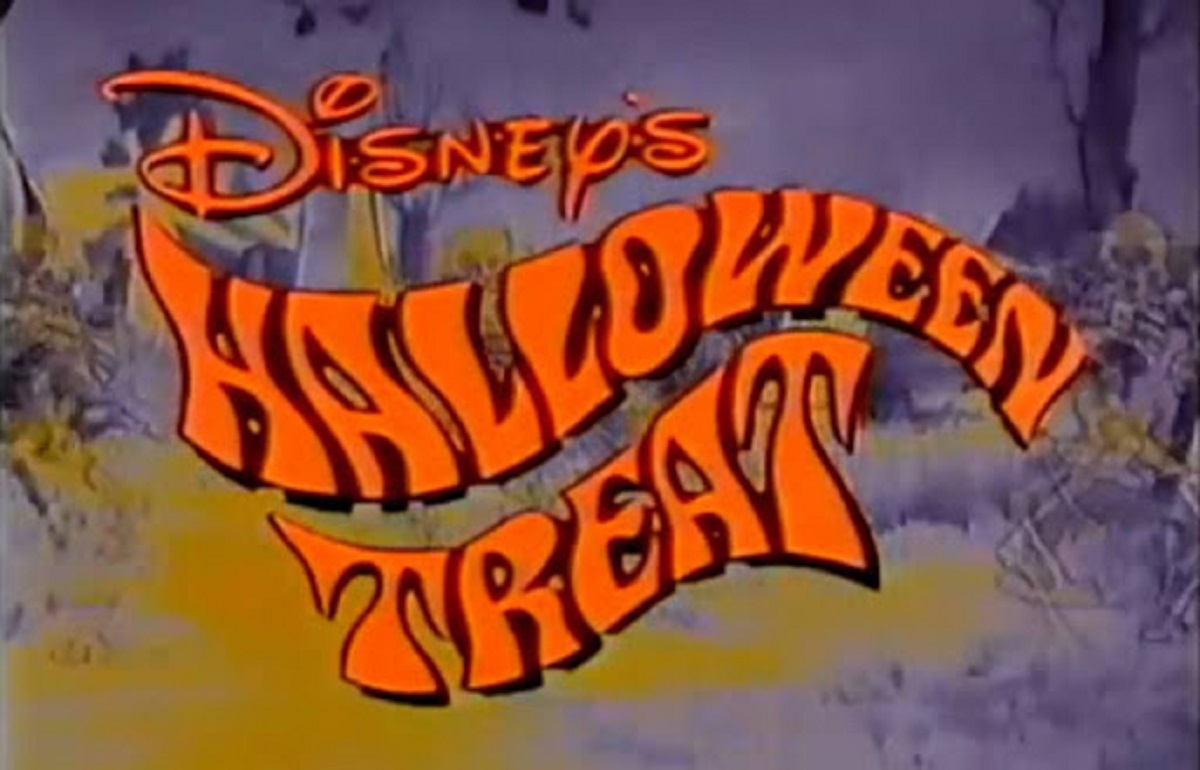 Disney’s Halloween Treat originally aired on CBS on October 30th, 1982, and the following year, an updated version called A Disney Halloween was released (both of which are lost gems of the Disney vault.) The format was simple: clips of Disney villains, mixed with cartoon shorts and ending with The Legend of Sleepy Hollow.

Disney fanatics always remember 2 things: the amazing theme song (I still know all the words), and the host, Jack O’Lantern. Jack was a talking pumpkin voiced by celebrated voice actor Al Douglas, who told viewers how to host a great Halloween party, about Halloween safety, and other anecdotes. Going through my trick-or-treat bag, separating what I wanted to keep and what I would give to my parents, was often spent with this special playing in the background.

Moreover, my love for Disney has been there since the day I was born, but I wasn’t quite ready for the darker side of the Mouse House until I was around 9 or 10 years old. The villains scared me to death, and I wouldn’t put one foot over the threshold of The Haunted Mansion, so Disney’s Halloween Treat was always a test of my mettle. I loved Halloween, so I was excited to see Mickey and Donald in their cartoons, but dreaded having to encounter Chernabog or The Evil Queen at the same time.

From start to finish, the special is filled with the best of the “worst” of Disney. The intro is just as iconic as the show, with scenes from “The Skeleton Dance”, footage from the Haunted Mansion, and Huey, Dewey, and Louie decked out in their costumes. The aforementioned theme song was just the right amount of spooky, and once you’re introduced to Jack O’Lantern, you’re hooked. Jack’s cadence is not goofy or over-the-top, but rather inquisitive and it’s as if he knows something we don’t.

The first clip of the show is The Wizard’s Duel from The Sword in the Stone, and luckily it’s not too scary or I don’t think I would have made it much farther. The clip-show format benefits from being able to go from a dark moment, like Fantasia‘s “Night on Bald Mountain”, right into a funny cartoon, like Donald Duck and the Gorilla.

Since I was a big scaredy cat, I took comfort in things that were only a little bit scary, and I made sure to watch them over and over again, usually driving my poor parents insane. The funny thing is that scary movies and all things macabre have since become my absolute favorite, and my younger self would not believe the movies I can sit through now. Despite the horrors that my adult eyes have seen, a darkened room and The Legend of Sleepy Hollow still gives me goosebumps. I was never ready for this moment because I knew I was probably going to have nightmares or not be able to fall asleep. Ending the mostly lighthearted special on such a scary note made the experience that much more impactful. Just like Ichabod Crane having to make his way across the bridge before the horseman comes, I had to make my way through the ending of Disney’s Halloween Treat without getting too scared and changing the channel.

In my house, holidays belonged to Disney, and thanks to this special, Halloween was no exception. It manages to capture all the silliness and scares of the season and could bring an entire family together around the TV. Whether you watch it before you go trick-or-treating or when you’re back home with your bounty, Disney’s Halloween Treat and Jack O’Lantern were there to take you on a trip through the magic of the season.

While we may not be able to have a traditional Halloween this year, we can always rely on good ol’ Jack to tell us that he’ll see us next time… maybe.