Hi there, ghoulies! Today, we are going to do something a little different.

Please welcome returning Halloween Horrors series contributor and regular Horror And Sons contributor Rob Von Matterhorn (probably not a real name) back to the website once again. Rob is curator of The Saturday Morning Vault (on Facebook and Instagram), which (as the name implies) looks back at some of the best and worst cartoon series and specials of yesteryear. You can even occasionally relive some of the classic animation moments with Facebook Live watch parties that he frequently puts on.

Up until now, we have spent this year’s series reflecting on classic televised horror and Halloween moments. Frequently, this has lead to trips down memory lane of our own Halloweens past and those well-remembered scares from our youth. Although there have surely been many fond memories evoked by this year’s articles and reviews, Rob is here to remind us all of a very valuable lesson, one that often gets clouded when looking though the lens of nostalgia: Sometimes, things just suck. 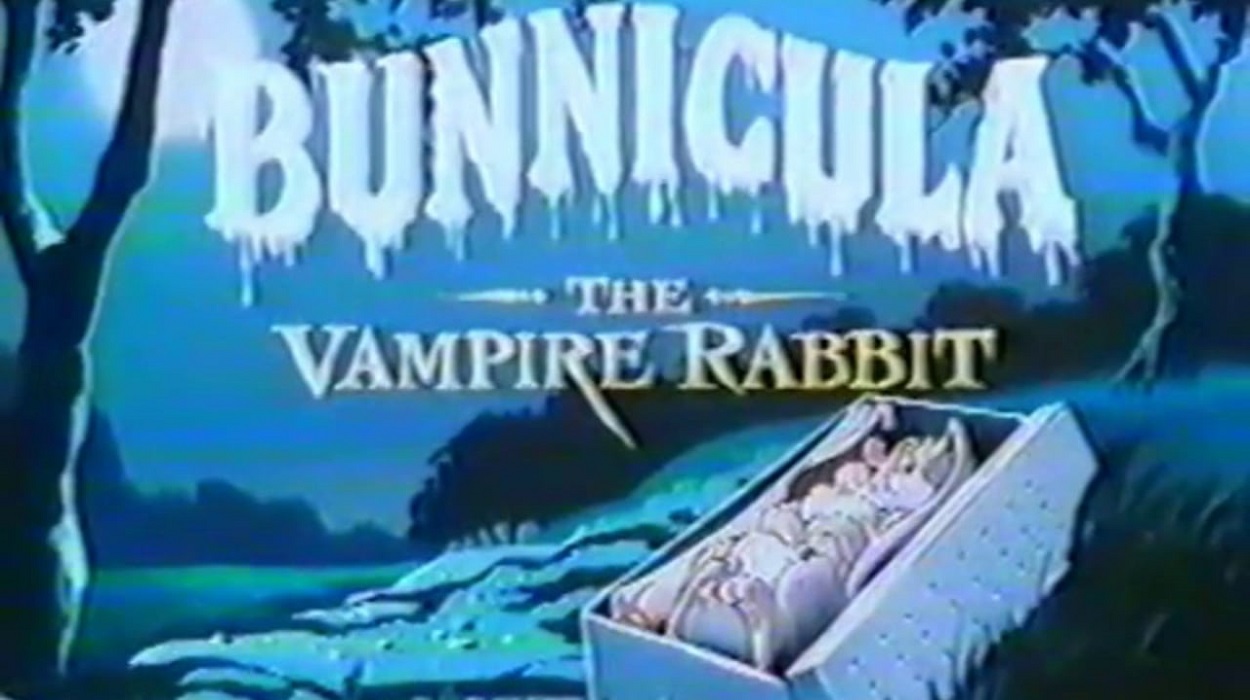 Like many of us who grew up in the 80’s, I was a child of television. Despite my parent’s efforts, I always found a way to get in front of a TV screen. I watched game show contestants make an ass of themselves not understanding the complexities of Plinko. I watched endless amounts of commercials and saw amazing products introduced like Raspberry Bubble Yum and Cherry 7-Up. I could tell you every single misunderstanding that Jack Tripper had with his roommates. Mainly, I watched a ton of cartoons.

Saturday morning was my day of worship, and a beanbag 3 feet in front of the television was my church. My ass was parked there before the sun was up, and would remain until American Bandstand and Soul Train came on. In between I’d bounce back and forth between the channels to find the best shows, while trying to avoid crap like the Berenstain Bears and The Getalong Gang. Keep the moral lessons out of my cartoons and give me slapstick, please!

My favorite cartoons always tended to be the spookier ones. There wasn’t much that was genuinely scary on Saturday mornings (except for the Sleestaks on Land of the Lost, they were terrifying), but if you gave me cartoons with any kind of ghosts or monsters I’d be especially happy. Scooby-Doo, Ding-bat and the Creeps, The Real Ghostbusters…. that’s the good stuff. 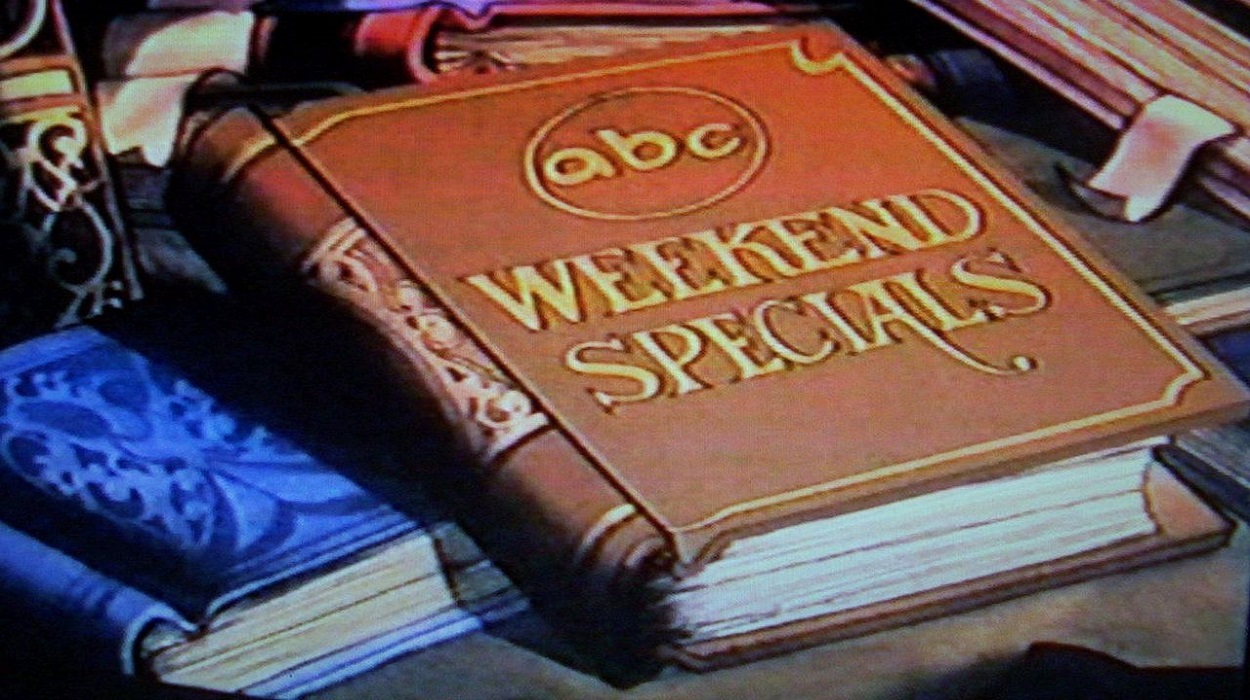 And for 20 years, 1977 to 1997, the end of each Saturday morning was marked by The ABC Weekend Special. As soon as the introduction for it played, it was the clear sign that the good cartoons were over and this was all that was left to air. The only audience left at that point were the diehards with low standards whose parents hadn’t kicked them out of the house to get some fresh air… and hi, my name is Rob! For those not familiar with it, the show was an anthology, so each week you’d see a new program. A revolving group of hosts would introduce the episode and give a little backstory. Sometimes the episodes were live-action programs, and other times animated. Usually the shows were adaptations of children’s books, but on occasion you’d also get some original programs that were usually failed pilots from years earlier that never made it to air. Bunnicula, the Vampire Rabbit was both of these things. An adaptation of a children’s book…. and a failure.

Bunnicula, the Vampire Rabbit was the mocking bane of my existence to my young self, and even to my older self as I’ve learned more about it. It should have been something I loved. It was a cartoon made by Ruby Spears, the team that created Scooby-Doo for Hanna-Barbera, as well as amazing cartoons of their own, like Thundarr the Barbarian and Fangface. Unfortunately, it was terrible. To make matters worse, it got played every single year around October. Because of the anthology nature of the ABC Weekend Special, they didn’t need to invest in making new episodes.  After the first few years, they would create about a half dozen new episodes and then just rerun shows from earlier years. Each October they’d dust off Bunnicula and play it again. And because it was there, I watched it….and got mad each time. So, with that introduction to the ABC Weekend Special, let’s get to the story of Bunnicula. 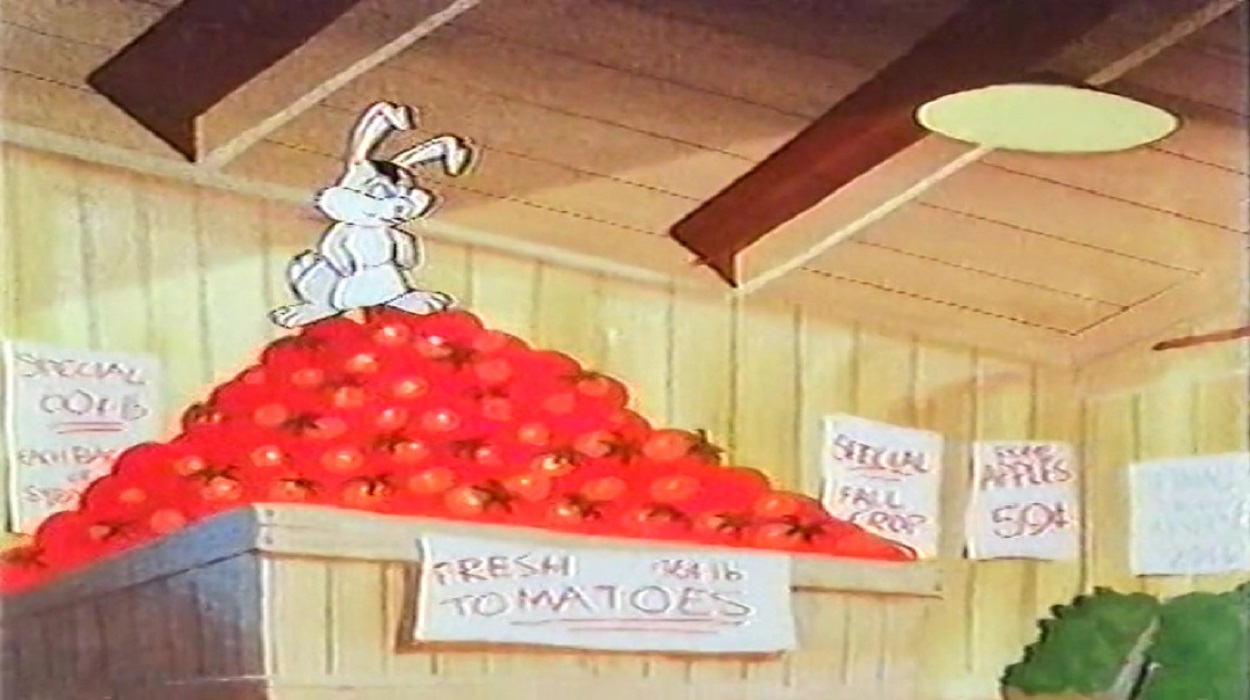 At a local food processing plant, a lot of strange accidents have been happening. Naturally, the owners assume it’s either ghosts or demons. Out of concern for the employees’ safety, they close the plant for good. At the same time, the main characters find a rabbit with fangs, sleeping in a box just outside of the plant, along with some dirt and a letter written in Romanian that no one can decipher except for the word “Bunnicula.”  At home, the existing family pets, a dog and cat, become suspicious of Bunnicula once they start finding vegetables in the refrigerator that have been drained of their juice and color. They also have mysterious fang marks in them. Shortly thereafter the entire community is up in arms because one of the neighbors discovers similarly drained tomatoes in his garden. Naturally an angry mob forms demanding Bunnicula be turned over to them for justice.

The mob chases the pets back to the lab where they discover that a pack of wolves has been responsible for all the accidents that were taking place there, instead of demons. Fortunately, Bunnicula uses his telekinetic powers to capture the wolves in glass cages. The factory is then reopened and happiness returns to town.

There’s a little more to the story than this, but not much and, honestly, it’s so terrible that it’s just not worth the extra details. While the plot is bad even by elementary school standards, the worst part of the whole thing is Bunnicula himself. ALL HE DOES IS SLEEP!!! When they find him in the box, he’s asleep. While they start getting suspicious about him at home, he’s asleep. When they’re running around town trying to keep him from the angry mob of neighbors, he sleeps the entire time. When he finally does wake up to battle the wolves, he does a cool pose and gets to look badass for about 3 seconds before he ferociously uses his powers to lift the wolves up and carefully put them in glass cages.

On top of that, for those few seconds that he’s awake and making noises (unlike the cat and dog, he never actually talks), the creators decided to use chimpanzee sounds. Now, I can’t blame anyone for not knowing what sounds a rabbit makes. I don’t really know what they sound like, and I’ve even owned a couple. However, I can confidently say I know a chimpanzee when I hear one, and that’s what Bunnicula sounded like. It was terrible. Really, if I had any sense I would have gone outside to play with friends or something, but no. I had to stay in and watch just in case a special cereal commercial aired or a preview for the next episode of Who’s the Boss? Despite the show being terrible for 7 year olds and grown adults alike, as far as I’m concerned it actually had one of the scariest moments on Saturday mornings, courtesy of the show’s hosts.

Ventriloquist Willie Tyler and his creep-ass dummy Lester. I don’t know if it’s the way a ventriloquist talks with his mouth cracked open, the vacant look of the dummy, or the fact that they’re always painfully unfunny (see Jeff Dunham), but I have always found ventriloquists frightening. Lester being an old school dummy with particularly dead-looking eyes ramps up the whole creep factor, and I just don’t like it. For this episode of The ABC Weekend Special and any others where Willie and Lester hosted, I usually had to close my eyes. I suppose in a twisted way, Bunnicula, the Vampire Rabbit had that going for it. On one last note, Bunnicula did get revisited again as a series just a few years ago on The Cartoon Network and it was surprisingly good. It took a lot inspiration from Looney Tunes, and the result was something sillier, weirder, and much better. It’s very much worth watching if you happened to have missed it while you were busy doing adult things over the past 5 years. So if this Halloween season you feel that you need a vampire rabbit in your life, go with the Cartoon Network version and skip the original.