Halloween Horrors 2020 features a double dose of KISS, starting with today’s entry from returning contributor and longtime friend Brett Wainer. As the biggest KISS fan that I personally know, it is no surprise that Brett would claim this film as his topic for this year’s series. What is surprising is that no one else beat him to the punch as Brett was the 12th person to claim a topic in this year’s event. Honestly, as many people mentioned this as a possible topic before the series started, I fully expected it to be among the first 4 or 5 titles picked.

Maybe things worked the way they did just so Brett could present us with the following piece, a love letter to his favorite band, as well as a flashback to a fond Halloween memory from his past. 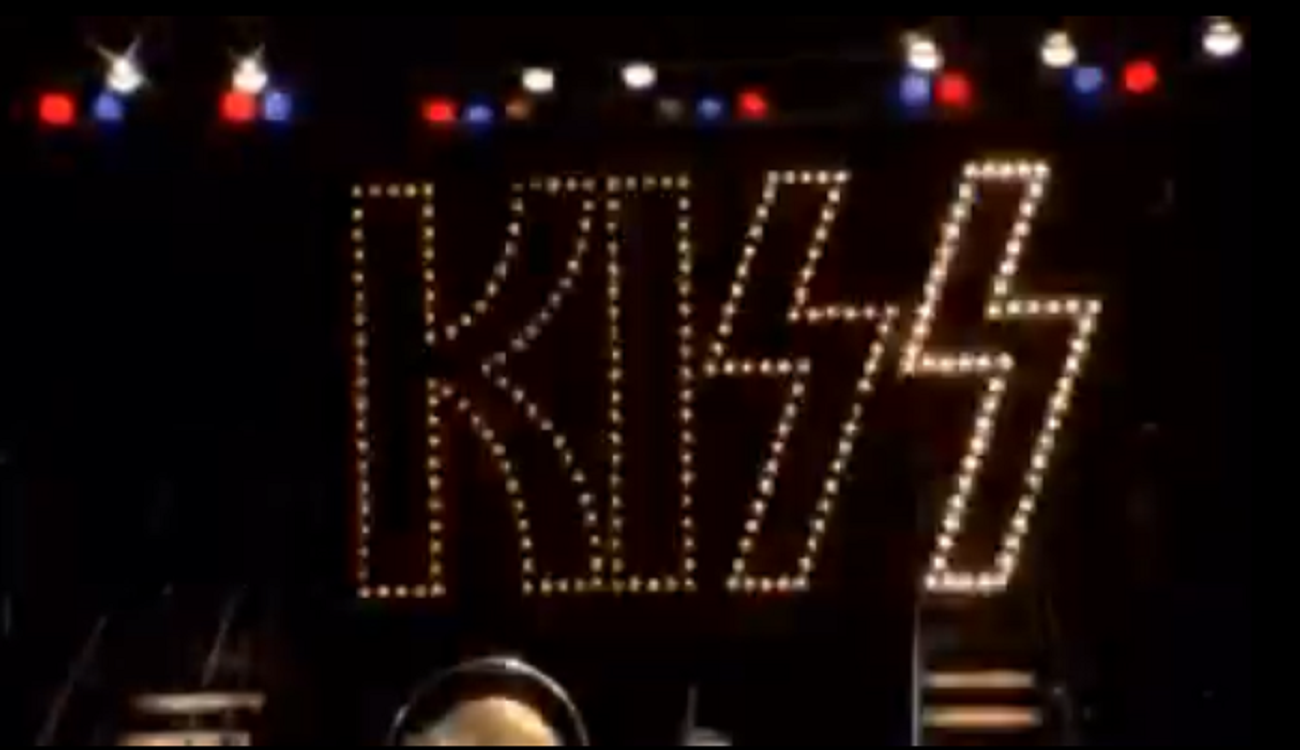 The year was 1977. I was 4 years old, living in Huntington, Long Island, NY. My life consisted of my love for Hanna Barbera cartoons (Scooby Doo, Hong Kong Phooey, Dastardly and Muttley in Their Flying Machines, etc.), Sid and Marty Krofft shows (Land of the Lost, The Banana Splits, The Bugaloos, etc.), and that type of show. It was also the year that I first saw and fell in love with the original Star Wars film, like most kids of the time.

Then, it happened. I had seen the commercial for the release of “Love Gun”. It was something that definitely caught my eye, and I had begged my mother to let me be Gene Simmons for Halloween, which she shut down pretty quickly.

Come the holiday season, knowing my mother had lined up some Star Wars figures for me from TSS department store, and my birthday being December 28th, my aunt had given me a present… one that would change the course of my life, unbeknownst to her at the time. My aunt’s gift, of course, was “Love Gun” on vinyl. I went crazy, and in turn made my parents crazy playing this record over, and over, and over, and then over again.

After the release of their second smash hit live album, “Alive II”, 1977 turns into 1978, and KISS is literally the biggest band on the planet. Bigger than Zeppelin. Bigger than Sabbath. Bigger than The BeeGees. Hell, bigger than Elvis! Headlining stadiums across the country, and releasing KISS dolls (of which, I had the Gene one), lunch boxes, shirts… anything you can think of! Of which, I wanted it all!

Casablanca, KISS’s record label at the time, came up with the idea of releasing four solo albums on the same day… and then, a movie! A KISS movie!! On TV!! Being 5-years old and worshipping the “God of Thunder” and his cohorts, I had to see it!

After a few weeks of anticipation, KISS Meets the Phantom of the Park aired Halloween weekend, October 28th, 1978. After begging my parents, I finally convinced them to allow me to stay up long past my 5-year old bedtime. Boy, was I excited. I propped down in front of that TV with my Dad watching with me on the big night!

The movie took place at Six Flags Magic Mountain in Valencia, California. (It was also “Wally World” in the Chevy Chase film, Vacation.) Calvin Richards, the park’s owner, hired KISS to play a series of concerts at the park to boost attendance. Abner Devereaux, the park’s engineer, becomes frustrated he can’t get the funds he needs for research and development, and further frustrated that so much money was used to book KISS.

After some ride malfunctions, Calvin decides to dismiss Abner from his position at the park. Abner becomes enraged, goes back to his underground office, and decides that he is going to destroy KISS and the park! He is able to put his assistant, Sam, under some sort of hypnosis and uses him as his conduit into making a robotic version of KISS using their powers, which Sam is able to steal. Sam’s girlfriend, Melissa, strikes up a friendship with KISS, who attempts to aid her in finding him.

Abner unleashes several dog/wolf-hybrid androids to attack KISS by the Colossus roller coaster, as well as some of the Universal Monsters’ clones to do the same. He is able to capture KISS in the funhouse. Then, his android/robotic KISS clones take their place during the concert and fans are incensed! They don’t understand why the concert stinks.

Of course, this sets up for the final battle. KISS vs Robot KISS! 5-year old me loved every second! Granted, it didn’t move me quite the way Star Wars did, but it was still my favorite band! They were kicking some serious robot behind! At 5 years old, I honestly thought the movie was great! I talked to all my young friends about how cool the fight scenes were and (of course) we pretended we were KISS and reenacted the scenes.

Granted, many years later, after seeing the film many times as an adult, I do realize what a cheesefest it is. Low budget FX. Stunt doubles that look absolutely nothing like KISS. (For instance, Ace Frehley’s stunt double was African American, Peter Criss’s double seems about a foot taller, and Peter’s thick Brooklyn accent was totally removed from the film and dubbed by somebody else!) Yet, the film itself is still near and dear to my heart. I actually revisited the film the night before my Bar Mitzvah, since I was a nervous wreck and it took my mind off the day ahead.

The film is one the band themselves have voiced a sense of embarrassment over, possibly part of the reason why the US release has been out of print for many years. (The European cut, “Attack of the Phantoms”, was released on one of their boxsets, though.) The KISS Army accepts the film for what it is: a sign of the times and a childhood memory for many of them, who were in my age bracket at the time and still have fond memories of the film.

Over the years, there have been comics based on the film, t-shirts, VHS, a Spooky Empire limited edition poster, and yes, the film has been bootlegged on DVD for years. Personally, I recommend checking out the film, if you haven’t seen it. Take it for what it is.. and enjoy the Rocket Ride!!