After starting off this year’s series with a debuting contributor, let’s follow things up with an entry from someone who made their debut in last year’s series.

Angel Young joined our series last year with a look at 2010’s Let Me In. I’m thrilled to have Angel returning this year with a look at a 2-part Halloween episode from the first season of American Horror Story: Murder House. This piece helps illustrate the spookier, supernatural side of Halloween, and the beliefs and legends tied to the holiday (and the season). As Sheriff Brackett advised us back in 1978, it’s Halloween. Everyone’s entitled to one good scare.

It also proves that Halloween programming is still out there, providing seasonal scares from the comfort of our living rooms… or wherever we care to watch TV these days.

Be sure to follow Angel at her website, https://wanderingnerdgirl.com, as well as on Facebook, where she reviews comics, films, attractions, and probably a few other things that I’m not aware of. She works her ass off, and I have no doubt that we will be hearing more from her over the years to come.

Arguably one of the best seasons of American Horror Story, and a fan favorite, season one – ‘Murder House” – is the whole reason I continue to watch the series. The good, the bad, the mediocre – I’m willing to give it all a shot. Every season, I look forward to the Halloween specials. Some seasons have had some exceptionally good episodes that really stood out from everything else in their seasons. I knew I wanted to pick one of those specials for my theme this year, but it was a difficult decision to make. Finally, I settled on season one – “Halloween – Parts 1 and 2“, since this season was so special to myself and so many others. Besides, it tackles a well-known legend pertaining to All Hallows’ Eve – that the dead can walk amongst the living. Through this lens we explore different examples of this within the two-part episodes.

These episodes balance two themes out: ghosts terrorizing others out of revenge, and devastating heartbreak presented through the characters – both living and dead. Halloween allows the spirits of the dead to finally roam the Earth beyond where they died, so the spirits of the Murder House are extra restless. Some even choose to use their one night of freedom to leave the house. This set up a lot for the remainder of the series: some characters were able to conceal their identities as ghosts a bit longer because they were suddenly about to exist outside of the house. It also gave us the opportunity to be introduced to new spirits that are pertinent to the story.

The best example of this is the spirit of Tate’s past coming back to haunt him and harass Violet. At the same time, the ghosts in Murder House – new and old, vicious and quiet alike – are becoming more active with the Harmon’s. It feels like an intense crossover between a stalker home invasion film and a haunted house story. The terrors are inescapable and feel unending, with multiple spirits attacking with different methods, and for different reasons. Even a living threat to the house, though that’s dealt with by a displeased spirit rather quickly. Somehow, despite it all, the Harmon’s make it through the night, though things are worse for them all than they already were.

It is also an extremely emotional two-part special. Along with the horror, there is heartbreak. Some of the spirits leave to visit loved ones that are still among the living, which absolutely devastated me. Some leave because they’re desperate for interaction with the living world outside of the house. Through some of these, more backstories are revealed, like the original owners of Murder House, and the horrors they were a part of when they were alive. However, the ghosts aren’t the only heartbreaking parts – a major death occurs on Halloween night, and it impacts some characters more than others, but definitely hits the viewers hard. What makes it worse: they die off the property, making their soul free of Murder House, but also gone from those that loved them, forever.

The two episodes are packed full of Halloween vibes, décor, costumes, and spooky goodness that really get you in the mood for the season. They blend that Halloween feel with despair alongside horror, to give it another layer of depth. After all, the spirits roaming is a massive part of Halloween, and we’re given a few excellent tales revolving around that concept, to both frighten us as well as bring a tear to your eye. The line between the living and the dead is blurred, and it’s hard to tell who is still among us. Keep that in mind while you wander yourself on Halloween night. 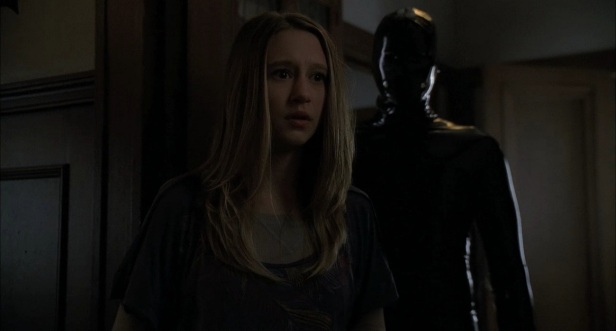