I feel obligated to start this review with a bit of a disclaimer: I may have been the wrong choice when I was asked to review the new 40th Anniversary Blu-ray of 1980’s Fist of Fear, Touch of Death. You see, I am not a fan of martial arts films. As such, the works of Bruce Lee mean little to me. While I definitely would not say that I have any sort of dislike for these films, the genre just never intrigued me much, if at all.

However, when the folks at The Film Detective recently asked me to review their new Blu-ray release of the cult-favorite “Bruceploitation” flick Fist of Fear, Touch of Death, I jumped at the chance. Sure, appeasing the only label to actually send me screeners was a huge factor in my decision making, but to be honest, the chance to step outside of my “comfort zone” of horror was admittedly as appealing a concept. As I knew little to nothing about “Bruceploitation”, the marketing of unrelated (and usually far lesser quality) films in attempt to capitalize on Bruce’s lasting fame after his untimely death at the age of 32 in 1973, I welcomed an opportunity to further educate myself.

Adolph Caesar, an Oscar-nominee for 1984’s A Soldier’s Story and the voice-over guy for numerous classic trailers of the 1970’s (such as Blacula and Dawn of the Dead!), interviews various fighters and guests at 1979’s World Karate Championships, a purely-spectacle showcase of martial arts feats held at New York’s Madison Square Garden. The event is to culminate with a fight between two highly-trained challengers, both vying to win the much-coveted, highly-debated, and totally fictional title of “the next Bruce Lee”, as if such a thing were physically possible.

These interviewees include multiple “alleged” friends of Lee’s, such as martial arts instructor and promoter Aaron Banks, Ron “The Black Dragon” Van Clief, and actor/all-round pimp Fred “The Hammer” Williamson. All three of these gentlemen believe that no one will ever be capable of replacing Lee as the “greatest martial artist of all time”, but you also get the sense that all three may also feel that they aren’t far behind. Especially Williamson. It’s very much of significance that I used the term “alleged” when talking about these friends of Lee’s as their involvement in this “film” is probably a disgrace to his name.

I also just used the word “film” in quotations as I’m not sure it’s fair to call Fist of Fear, Touch of Death a “film”. It’s really more a collection of scenes taken from other films, namely other Bruce Lee films, interspersed with staged interviews and poorly choreographed action sequences that some would probably find highly (and hilariously) offensive towards women today. Ok, they were just as offensive to women in 1980 as they are now. We just didn’t care as much then.

Fist starts out insanely strong, namely because it starts out so insanely weak. The film opens with a quick interview with Banks on the subject of the Championships themselves. It’s so heavy-handed and carnival-like that even the pedestrians who found their way into the scene can’t keep a straight face. Caesar seems to share their sentiment and can be seen “breaking character” more than a few times throughout the film.

However, for me, the most comedically shameful moments come when the film attempts to re-create conversations between Lee and the film’s various “stars”. These are created by editing scenes featuring dialog from Lee’s films with new scenes featuring said star standing in front of a “not even close to looking the same, but God love ’em for trying” backdrop. Making these moments more contemptible (aka “funnier”) are when the filmmakers take the liberty of dubbing over Bruce’s voice with new dialog that generally exists only to inflate the ego of the other star. For example, in one scene late in the film, Lee’s dialog now has him telling Banks that he’s done more to make martial arts popular than Lee himself. Seriously? Get the fuck out of here with that nonsense…. but keep talking. It’s amusing.

Had the entire film stayed this route, I’d be here exclaiming that Fist of Fear, Touch of Death is the greatest cult film that you just aren’t talking about. Yet, that still implies that there is a reason the film is relatively unspoken of. That “reason” comes somewhere near the 30 minute mark when the film decides to retell the tale of Lee’s decision to become a professional martial artist, and his family’s rejection of such a career…. using more re-dubbed footage. In this case, the footage is from a 1957 film entitled Thunderstorm.

While the scenes lifted from Thunderstorm fit the context and theme of this new “story” quite well, the questionable decision (well, one of many) was made to pad this segment out even further. This means that scenes from 1971’s Invincible Super Chan are edited in to provide the “backstory” of Bruce’s samurai grandfather. We will just overlook the fact the Lee was Chinese and samurai are Japanese, which is exactly what the filmmakers intended. 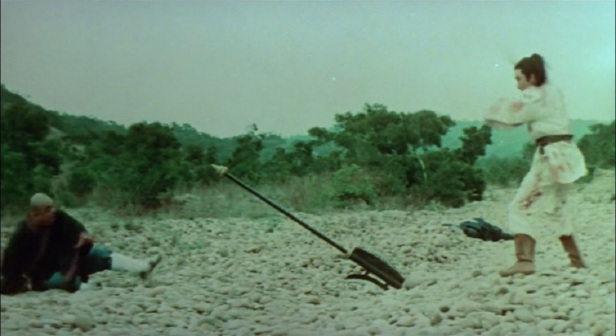 While some may have appreciated more backstory on Lee, just go watch 1993’s Dragon: The Bruce Lee Story instead. It’s a lot closer to the truth than this and far more entertaining. Unfortunately, what’s on display in Fist grinds the film to a halt, and the final act, try hard as it may, really just can’t get things back in motion.

There’s a tasteless scene featuring a mustachioed Kato (Bill Louie), more Fred Williamson, and a disappointingly anti-climactic championship bout before the film attempts to bow out by saying that the preceding was a tribute to the legacy of Bruce Lee. In truth, Fist of Fear, Touch of Death is nothing more than a cheap, classless cash grab. Personally, I’m okay with that when the results are as unabashedly transparent as what are on showcase here. That said, the overall product is just too uneven to garner a high recommendation.

The Blu-ray release contains only one “true” Special Feature; the “making of feature” featurette, “That’s Bruceploitation!”. While the copy watched for this review was a pre-release review screener, it is definitely worth mentioning that the audio from the included film scenes is notably louder than the audio for interviews.

“That’s Bruceploitation!” provides a look at Aquarius Releasing, the small company that produced and released the film. This includes interviews with the film’s 3 “key players”: producer Terry Levene, director Matthew Mallinson, and screenwriter Ron Harvey, who also has a memorable bit part in the film (and reads his “memories” of the film from cues). 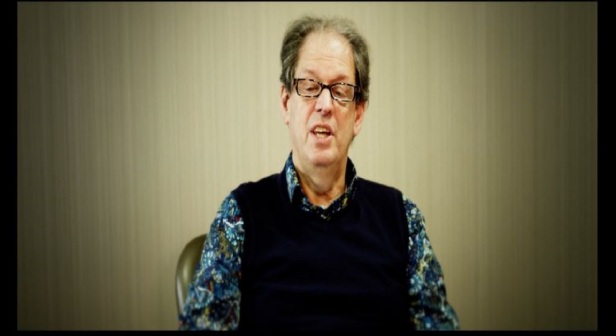 Whether you find enjoyment in the movie or not, the “making of” is quite entertaining, if only to hear and learn of the shoestring budget and tight schedules that were employed. There’s also a funny anecdote about pretending to be a news crew in order to film inside the Garden, as well as a tale of having to edit in material for a scene to compensate for a tipsy Caesar.

Both English and Spanish versions of the film’s trailer are included in the Special Features as well.

As previously noted, this film was watched for review purposes on a review screener provided to me by the blu-ray’s distributor, The Film Detective. As such, my review will be for the quality of the audio and video found on those links. They may serve as a fair representation of the physical release, but should not be taken as such.

While I had never watched this film prior to review, I must say that I did find myself impressed with just how clean the print looked. Granted, footage recycled from previous films shows a dip in picture quality when compared to the newer footage created for the film, but even then, it never truly looks all that bad. That said, any damage to this print was there when added to Fist of Fear.. 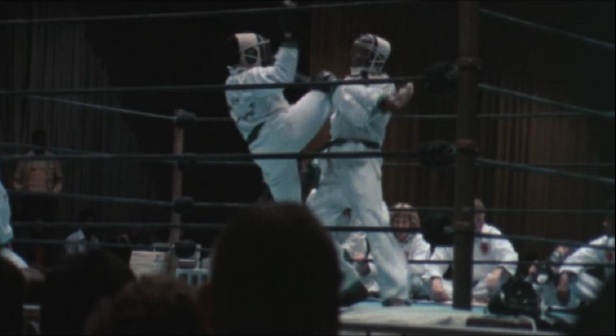 Facial details are quite impressive, but the film never looks particularly bright or colorful. Again, I believe this to be inherent to the film itself and not any fault of the transfer. Then again, I am not an expert in this field, so take that opinion with a grain of salt.

Again, the dialog seemed quite low in volume, especially in comparison to the film’s music and sound effects. I can’t say if this is a fault of the remastering process used for the HD presentation or a fault of the original audio mixing, but either way, I did find myself adjusting the volume on my soundbar more than a few times.

Much like their previous Blu-ray release of Arch Hall Sr.’s Eegah!, The Film Detective have taken a generally (and arguably, rightfully) overlooked piece of cult cinema nostalgia and given it a visual upgrade that far surpasses what it may actually deserve. Cult film enthusiasts and fans of 70’s era martial arts and action films will want to check this one out at least once, if they haven’t already, but more casual fans of those films may not want to bother with more  than the first half hour.

Fist of Fear, Touch of Death is now available for pre-order on The Film Detective website in a limited-edition Blu-ray ($24.99) or on DVD ($19.99)—with a pressing of just 1,500 Blu-rays. Fans can secure a copy (which will be shipped ASAP) at www.thefilmdetective.com/fist-of-fear