Tales from Six Feet Under is a new, ultra-low-budget horror anthology short film from indie filmmaker Nicholas Michael Jacobs, who also appears in the film. Jacobs has previously directed the 2019 films Urban Fears and Night. The film is presented in black and white.

At only just over 45 minutes, Tales from Six Feet Under is very clearly inspired by George Romero and Stephen King’s Creepshow. Tales features its own “The Creep/Creeper”-like host, called “The Visitor”, who wordlessly introduces each of the film’s 3 tales. The creature, resembling a long-rotted corpse, is conveyed by use of wig and mask. While not highly convincing, it’s not much of a distraction either, and can quickly be overlooked as a “flaw”. More notable is the film’s score, particularly the opening theme, which sounds so similar to Creepshow‘s theme that someone might owe composer John Harrison royalties.

The film opens to find The Visitor lurking through a small graveyard at night. The Visitor, a skull-faced ghoul, stops at the grave of one “Joe Roth”, who died at the young age of 17. This begins the first of the film’s tales.

Joe is a seemingly normal teenage boy who has been tasked by his father with cleaning out the basement in the family home. While doing do, he discovers a Ouija board that had been tucked away. While we are led to assume that the board has been in his family’s possession for some time, the board appears quite new and unblemished. The planchette comes in a ziploc bag, for evil demons sake! 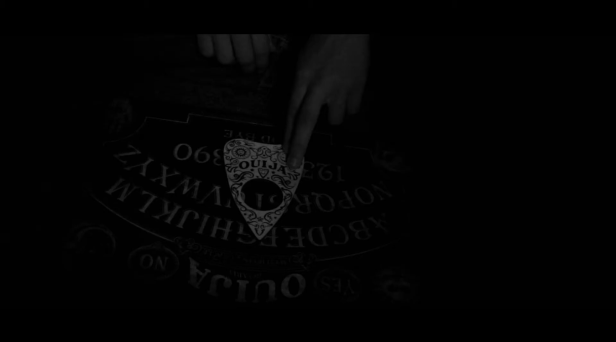 Joe texts his father to inform him of what was found, only to receive a reply warning him to leave the board alone. Naturally, Joe ignores this warning, which soon leads to his previously mentioned demise. Granted, Dad probably shouldn’t have left such things in places where they can be so easily found.

This entry isn’t exactly original, nor is it particularly intriguing. While things generally improve from this point, it unfortunately may also serve as the point where those less willing to invest in a no-budget flick bail out. For some strange reason, although this segment runs for around 10 minutes, the film’s opening credits do not roll until after it has ended.

The second tale features a young horror filmmaker (played by Jacobs) brainstorming ideas for his next film. While he can’t find a plot idea that really intrigues him, he also finds himself distracted by regular text alerts and news updates regarding a masked assailant who has been finding his way into people’s homes and stabbing the residents within! Granted, all these updates state the perpetrator’s name, which seemingly makes his attempt to hide his face pointless. Making matters more unsettling is a ventriloquist’s dummy that is mysteriously delivered to the man’s home during these events.

This entry is arguably a little unfocused and takes time to really go anywhere, but does provide a few laughs in its final act. No, I don’t know if laughter was the intended response, but it should probably be taken as a compliment.

The final story features a young woman who receives a text from an unknown number, wishing her a “Happy Birthday”. Believing the sender to be a male friend (possibly an ex?) that she hasn’t seen since high school, she is soon sending this person her address and accepting their requests to come visit her. As many PSAs will tell you, this is an incredibly stupid mistake… and she soon pays the price for it!

This tale is quite thin plotwise, but does feature a premise that is very much grounded in modern-day reality. One could argue that it serves as its own public service announcement. That said, a lack of depth may prevent it from really having the impact that it presumably could. Maybe if this one had been fleshed out just a tad more? 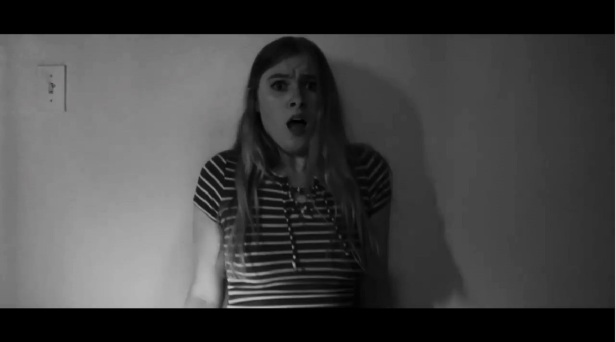 While Tales isn’t a “great” film, even by no-budget DIY standards, it still provided moments of entertainment, and I never found it ludicrous or boring. That last comment should probably also be taken as a compliment as there are countless bigger-budgeted films that I can’t say the same about. The super low-budget aesthetic will be enough to keep many potential viewers away, but more adventurous types may still want to give it a spin.

Tales From Six Feet Under will be available to watch on Amazon Prime Video as of April 15th, 2020! We will be sure to share the links once they become available.

*We were sent a screener of this film by the director. This didn’t affect our overall opinion, but still felt that I should mention it.