Our next to last entry in this year’s Halloween Horrors series unarguably should have been the final entry. I mean, how much more Halloween do you get than Halloween? That said, it’s not.

Michael Ramsey made his Halloween Horrors debut as part of 2018’s series with his reflections on 1979’s Phantasm. He returns this year to share his thoughts on John Carpenter’s 1978 slasher classic, which is not one bit surprising if you know the man. While I can not claim to know Mr. Ramsey overly well, I do know him well enough to state that he is one of the biggest Halloween (1978) fans I know, as well as one of the most vocal with his disapproval or lamentations about the direction of the series. Hell, when I first encountered the guy over a decade ago, he was calling himself “MMyers” on a convention forum. So, yeah, he’s a fan!

For this year’s HH series entry, Michael shares his love for the original 1978 film, as well as his love for the character known as “The Shape”. He also shares his thoughts on the past and future of the franchise, which I’m sure is not too dissimilar from some of you out there reading this.

Whatever your opinion on the direction of the series, there is no denying the lasting power of Michael Myers and the Halloween franchise! The films and the legend have become as much a part of the holiday of Halloween as costumes and trick or treating. Simply put, Michael Myers IS Halloween!!! 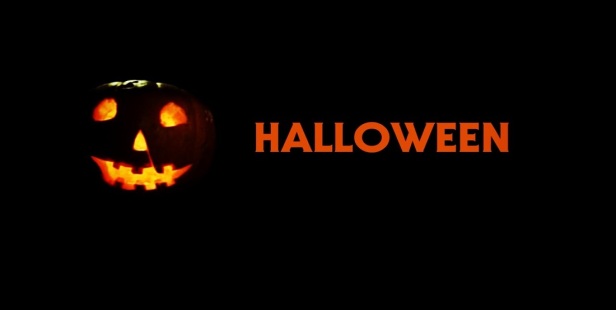 In 1978, John Carpenter started the “slasher movie” craze that would take over a vast majority of horror through the 80’s. The single killer with a sometimes hazy reason for doing what he (or she) does… but, then again, who cares about the “why?”. Halloween was the first horror movie that had a real effect on me. I started my horror fandom, as a lot of people did, with Scooby Doo and the Universal Monsters movies. All of that is great and still holds a dear place in my memory, but none of them had the power that Halloween did, and soon enough John Carpenter had managed to reach into my head and seared the image of that stark white, repurposed Jim Kirk mask into my mind forever. A clown mask was reportedly considered, as were others, but none of them would have had the impact that the final mask did.

The Shape, or Michael Myers, is the star of Halloween. It is through his eyes that the movie begins, and we continue to see from his point of view off and on throughout the movie. No, he is not top billed… and yes, Jamie Lee gets all the attention, but it’s not because she is more important than The Shape. It is because he IS The Shape.

Sure, we know he’s Michael Myers from the beginning, but hiding him behind that nondescript mask? It still haunts my nightmares! That stalking, that skulking. I always likened The Shape to a shark; killing for killings sake, and then returning to the “scene of the crime” fifteen years later to continue what he started,

I read recently that Carpenter created the “Laurie is Michael’s sister idea” because NBC needed the original movie to be a little longer to fit their time slot, which I believe he said was 8 minutes. Carpenter was hesitant to do anything else. He felt like the movie was just the way that he wanted it to be. Either way, he came up with the siblings idea and a short piece was filmed during the production of Halloween II showing Dr. Loomis at Smith’s Grove right after Michael had escaped, and it is revealed that he has scrawled “sister” on his door.

Anyone who knows me knows that I love the Halloween films, 78 specifically. I do love Dick Warlock’s turn as The Shape in Halloween II, but, over the years and as I age, I have come to look at what has been done in this franchise as unfortunate. The whole sister thing never really bothered me, but as time went on it became a kind of gateway to the ridiculous. Laurie’s daughter, the Thorn Cult, Laurie’s granddaughter, and Paul fucking Rudd! I am the first to proclaim my love of Michael Myers, but I think that the producers and directors of subsequent films have diluted what he was and has made him somewhat of a joke… much like what happened to Freddy post-A Nightmare on Elm Street, and to some degree Jason in the Friday the 13th franchise. And yes, Halloween 2018 did away with the sister thing. it also put a film into canon that was a weak addition at best. Don’t get me started on Blumhouse! I think that all they saw was money and they made films because they knew that I would go see them, as would all the other Halloween and horror devotees out there.

I think an opportunity was missed with John Carpenter’s idea of a Halloween anthology series of films. I never really cared for Season of the Witch (no Shape), but I have come to really enjoy it and probably would have, in the end, enjoyed a yearly Halloween anthology film more than all of the sequels, remakes, and reboots, but that is the error of youth and wanting what you want.

At least two more sequels are planned. I will, like a moth to the flame, go see them, but I’m sure I will be disappointed. We’ll always have Halloween 1978, and for that, I am thankful!