Rush Week is 1988 slasher film directed by Bob Bralver. While Bralver worked more as a stunt man and stunt coordinator on films such as Darkman, Road House, and Savage Streets, he did direct a couple other films: 1990’s Midnight Ride (starring Mark Hamill and Michael Dudikoff) and 1993’s American Ninja 5 (not starring Michael Dudikoff).

While originally shot in 1988, near the end of the slasher film craze that had started approximately 10 years earlier, Rush Week didn’t see release until 1991. Even then, it was shoveled out as a direct-to-video release in the hopes of recouping its budget on the still-thriving home rental market. Rush Week seemingly did not make much of a splash with horror fans (or other audiences) as it is now a film that not many people tend to mention, if they’ve even heard of it at all. 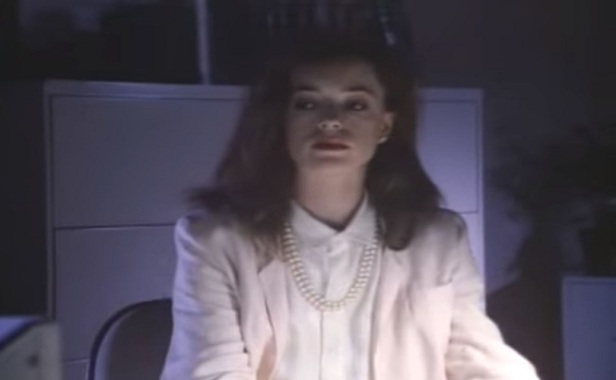 In the film, Toni Daniels (Pamela Ludwig, who also appeared in Midnight Ride, as well as Over The Edge and Under The Cherry Moon), a student reporter for Tamber College’s student newspaper, has been assigned the task of covering Rush Week on campus. This basically entails writing about the various pledge recruitment events at the campus’ frat houses. There would appear to be only 2 frat houses on campus: Gamma Alpha Eplison (GAE), a group of upstanding young men with bright futures (or “nerds”), and Beta Delta Beta (BDB), the college’s obligatory “party house”, fresh off a year on academic probation.

Soon, Toni discovers that female students at the college are going missing. Her investigation reveals that each of the girls have fallen prey to a masked axe murderer that’s stalking the campus, but why? Who is the killer? Is it the school’s dean (Roy Thinnes – The Norliss Tapes, TV’s The Invaders), whose own daughter died under mysterious circumstances just a year prior? Or is it the creepy janitor, who just seems way too obvious an answer? Maybe it’s Jeff, the head of BDB, and Toni’s new budding love interest? Or could it possibly be legendary Southern rocker Gregg Allman, who cameos in the film for no apparent reason? 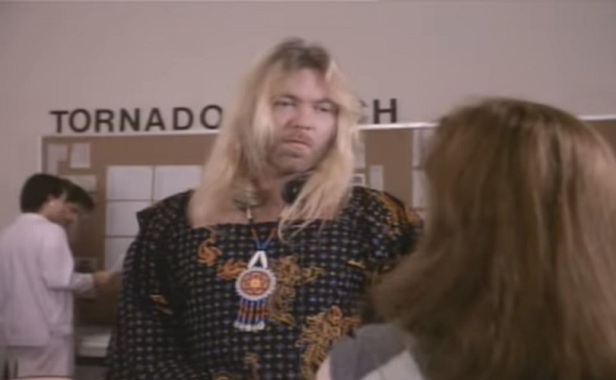 I can let you know right now that Gregg is NOT the killer. He’s just not that kind of guy. Sure, he might steal your diamonds, but he’ll bring you back some gold. He’s no angel, but a murderer? No way! No, he’s just here to smoke pot and bang hookers, kinda like he always did.

I can also tell you that the killer is not Kathleen Kinmont, who horror fans will remember from films such as Halloween 4 and Bride of Re-Animator. You may also remember her from numerous 1990’s action films, quite a few of which starred her one-time husband, Lorenzo Lamas. Kinmont has a small role as the film’s first victim, showing up long enough to whip out her (also presumably well-remembered) breasts. The recently deceased Dominick Brascia, Friday the 13th Part 5‘s “Joey”, also appears in the film as a frat member. Thankfully, he does NOT show off his well-remembered breasts. 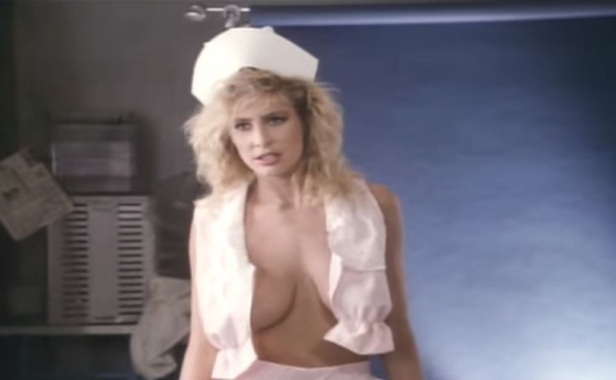 While the cast gives generally respectable performances, there just isn’t much here to work with. The suspenseful aspects of the film are handled capably enough, but fail to be overly compelling. The film is also quite devoid of blood and gore, failing to fully “deliver the goods” that horror fans (who were clearly the intended audience) expect to see in a slasher film. The first scene with any bloodshed doesn’t occur until the film’s last 15 minutes. Even then, the moment is tamer than some of the stuff shown on shows like “Freddy’s Nightmares” or “Friday the 13th: The Series”, both of which debuting at the time the film was made.

However, where Rush Week most certainly fails is in tonal balance. When not attempting to ride the line between murder mystery and horror film, Rush Week also attempts to be a silly, prank-filled collegiate comedy, much in the same vein as Animal House or even Ghoulies 3: Ghoulies Go To College. Unfortunately, not only do these scenes feel drastically out-of-place with the rest of the film’s tone, but they also add nothing of importance to the story other than giving one possible suspect a motive. Had the film been a full-on horrorfest or an over-the-top slapstick comedy, Rush Week may have been better received. As it is, the film instead feels like a collection of half-baked ideas. 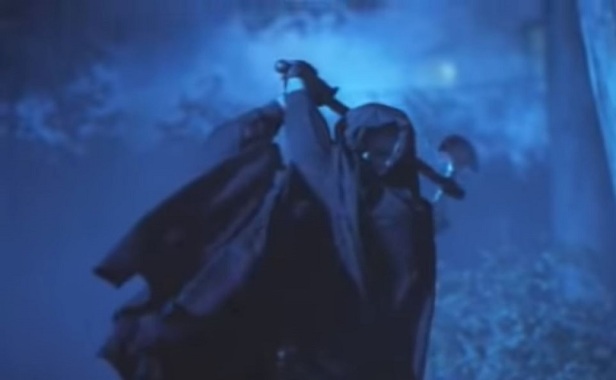 The final showdown with the killer, as well as the revelation of their identity, takes place in the college’s boiler room, mostly because it worked for Freddy Krueger. I’m not even sure that I’m joking about this as a character later shows up sporting a fedora and a red and green striped shirt. There’s an attempt at a “surprise revelation” that will surprise no one, as well as a few attempts to mislead the viewer, before ultimately descending into a poorly choreographed fight sequence that for some reason faintly reminded me of the ending to Highlander 3. Not sure why. Probably because both scenes were downright ridiculous.

Rush Week showcases plenty of bared breasts, a cameo from a classic rocker, and a soundtrack featuring tunes from post-punk luminaries Devo, The Dickies, and The Dead Milkmen. Also, co-star Courtney Gebhart is a true 80’s hairspray cutie, but Dear Lord….. don’t let her (or whomever she is lip-syncing for) sing. While Rush Week isn’t exactly a “flunk out”, this is one semester that you’ll probably want to skip.

Out of print DVD copies of Rush Week, as well as VHS copies of the film, are available on Amazon for a hefty price. Don’t even consider those options. Here, just watch the full movie on the included link.

Leave a Reply to Horror And Sons Cancel reply