Just 2 weeks ago, I posted a review of the new novel Blood in the Woods, by author JP Willie, here on the website. The novel, which received high recommendations from us, focuses on a child’s experiences growing up in an area of Louisiana that also served as the “hunting grounds” from a murderous cult of “devil worshiping” psychopaths, as well as his life-threatening encounters with them. Okay, so there’s much more to it than that, but hopefully I’ve already said enough to get your attention.

At the end of the review, I promised an upcoming interview with the author. I am honored to now present that interview. I admit a certain sense of pride that comes with announcing that this was also the first interview that I have ever conducted. Lucky for me, I was able to make that step with the help of a subject that couldn’t have been more welcoming and friendly. However, when Sergeant Willie first called in to start the interview, I found myself in the middle of spontaneous yard work and actually asked him to call me back 10 minutes later.

This interview starts with that return call….. 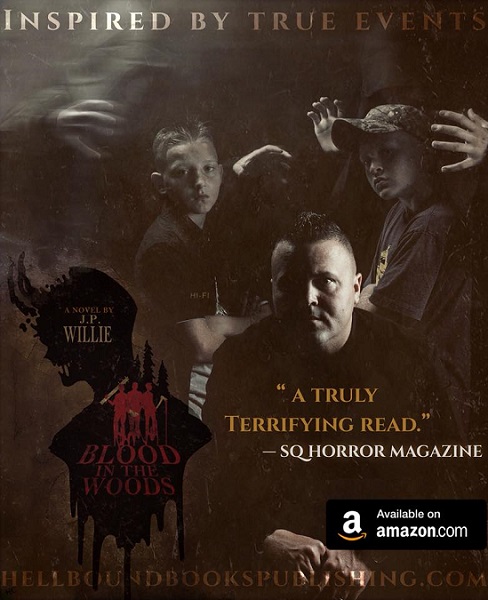 H&S: Sorry! I had just set some branches on fire in the backyard when you called the first time. I wanted to make sure that I wasn’t going to burn the house down before starting this interview.

JPW: It’s going. I’m in the Army, man. I’m down here at Ft Polk. I grade all the “wargames”. We’re in a “simulated war” right now. So, I’m out here in the middle of the woods doing this interview. It’s pretty awesome!

JPW: I really appreciate you giving the novel a read, and it was a wonderful review. Absolutely wonderful!

H&S: Thank you! I appreciate the offer! Like I said, I really enjoyed (the book). I’m glad that I could help get the word out there however I can.

JPW: It’s tough being an indie author. When you know that you have a really good story to tell…. The authors that we look up to today, like King and Koontz, if they were trying to make a breakthrough right now with their stories, it would be damn near impossible. (There was a comment here that was lost to wind picked up by the recording.)… it’s so competitive, mainly because it’s so easy to get your work out there now, what with self-publishing and everything.

H&S: If I have this correct, (“Blood in the Woods”) is a story that you’ve been trying to get published for some time now. Is that right?

JPW: Yeah. I finished writing it in 2009. It took 7 years to reach publication. I just stuck with it. Your dreams are always to get picked up by the bigger publishing houses that really market the authors, and to start making some money. Nowadays, some of those guys, those publishers want to see if you get picked up by other indies, and if you have work out there, and how the reviews are. “Blood in the Woods” has (received) a lot of reviews, man. From you, and from other horror websites. If you Google it, there’s a ton of stuff.

H&S: Oh, yeah. I found quite a few reviews and interviews that I read while I was writing my own (review) that helped give me a little more backstory.

Now, as you’ve said, it was finished in 2009. I assume that your military training and the career that you’ve had there played into the perseverance of just not giving up on it and doing what you needed to do to make sure that it got seen.

JPW: Yeah, that’s exactly what happened. Work comes first. It was like December of 2009 when I finished (the novel). By February of 2010, I was leaving Germany, and I’d volunteered to be a Drill Sergeant down at Ft Benning in Georgia. I was a Drill Sergeant for 3 years there, and I didn’t try to submit it to anywhere. It was 3 years before I came off the trail, and then I started trying to submit when I was (stationed) in Hawaii. It took a while before it got picked up.

I mean, if you believe in your work and your worth, and you’ve got a good story to tell, and you feel it in your bones…. you just don’t stop!

H&S: I know that you’ve said that this is ultimately a work of fiction, but… there had to have been some instances from your own childhood where, maybe you weren’t in as much threat of danger as the characters….. but were there at least signs of this kind of activity going on where you grew up?

JPW: Oh yeah! About 80% of what you read in “Blood In the Woods” when it came to some of the things that happened to the children, it did happen, but not to that extreme measure. Like, the drums every full moon? That was real! The man in the mall? That was real, but we never fought him inside a Kaybee Toy Store.

JPW: Yeah, it is! A lot of the stuff that happens to the children, the graphic violence, especially towards the end… When I was in Afghanistan… I served 2 tours… and during those times… I witnessed a lot of child molestation, and rape, and abuse… and it really fucked me up!!!

So, when I came back from my second deployment, I found out about what had happened in that church at Hosana in Ponchatoula. And so, that’s when I sort of blended my own terrors with the real-life terrors that had happened with the Satanic cult in that church. And that’s what sort of combined to make the ending. I wanted readers to sort of feel what I had felt. At least “see” some of the things that I had seen through my eyes, through words. You know, it’s a bit much for some people, but I think that’s what makes the book so terrifying! That it’s real!

H&S: The biggest selling point (of the book) was the relationship between the kids and the development of their friendships, and just the way they live their lives. For me, that was by far the most convincing part of the story. I assume that basing them on people that you knew, people that actually exist, had to have made that a little easier of a job.

JPW: Yeah, it was. Especially, like, we were all childhood friends. They had given me permission when I wrote it to use their names. It was like my way of honoring my childhood friends. I think it’s easy just to write good characters if you had a good childhood or life.

H&S: Would you say that there are still signs of this type of (cult) activity (in Louisiana) today?

JPW: I’m not sure. It’s the South, man! It’s the Bible Belt! You don’t really talk about that stuff. I do know a lot of people turn a blind eye to it and don’t like talking about it still to this day, but there’s a lot of stories out there to tell. I’m not sure about the cult activity now, but the last known case was in 2006 in Hosana, so….. It’s just got a dark past around there.

H&S: And you’re back in Louisiana now?

H&S: And this will be the final stop for you?

H&S: And I’d assume that when you do retire that you’ll be focused a lot more on pushing not only your writing, but also the film work that you have coming up?

JPW: For sure. I mean, I do a lot of “pushing” now. I’ve got another film that I’ll be shooting at the end of this month. It’s my first time directing. I wrote the screenplay for it. We will be shooting it the 31st of this month. I’ll be doing some announcement in the next couple weeks, right before we begin shooting.

It’s exciting! Hopefully, once I’m out of the Army I’ll have a little more time. I’m gonna have a normal job, you know. I have dreams of being an honorable, respectable film maker, and screen writer, and author, but I still have to put food on the table.

H&S: What can you tell us about the film that wrapped this past December?

H&S: Yeah, don’t make me try to pronounce that!

JPW : (laughs) Yeah, it wrapped in December. It’s still in post-production. We really can’t put a release date on it yet. We’re taking our time and really trying to make a good, quality, indie horror film, so we don’t want to rush.

H&S: Can you give the readers a brief synopsis?

JPW: Sure. It’s a story about a family. Their son was injured on a hunting accident on the outskirts of Lake Pontchartrain, and according to the local legends surrounding that area…. they believe in the legend of the “Rougarou”. They believe that their son is one. So, the film has a lot of tension. It kinda focuses a lot on acceptance. Accepting someone for what they are or what they possibly could be.

H&S: Now, would you say that you grew up a “horror fan”, or was it something that was just an “outside interest”? I know that, in my case, it was not a “primary interest” for me growing up. Even in the book, I know that there are plenty of references to video games, such as “Mega Man” and…… I know there is another that I’m blanking out on.

JPW: Yeah. I was born in 81, so by the end of the 80’s, I was really into video games… but we were always a horror loving family. My mom, she’s a huge horror fan. The first book that I remember reading was “Dracula”. I remember it was a little advanced for me at the time, and I had to skip over some words that I really didn’t understand. We’ve always been a tight horror family. It’s been a part of my life for as long as I can remember.

H&S: I guess the next question would be, “Who influences you as a writer?”

JPW: Well, if you’re writing horror and you don’t say (that) Stephen King has influenced you…. it would be really rare to find that. I mean, there are other great horror writers out there besides King, but I was a really big fan of his. Bram Stroker. Dean Koontz. Clive Barker. Rob Zombie. A lot of those guys have had an influence on my writing style, but I try to have my own voice and way of telling a story.

H&S: What scares you?

JPW: What scares me? LIFE!

JPW: There’s not really anything in the “horror” or “supernatural” realm that scares me, but I do have an extreme fear of snakes. I do not mess with no snake, man! 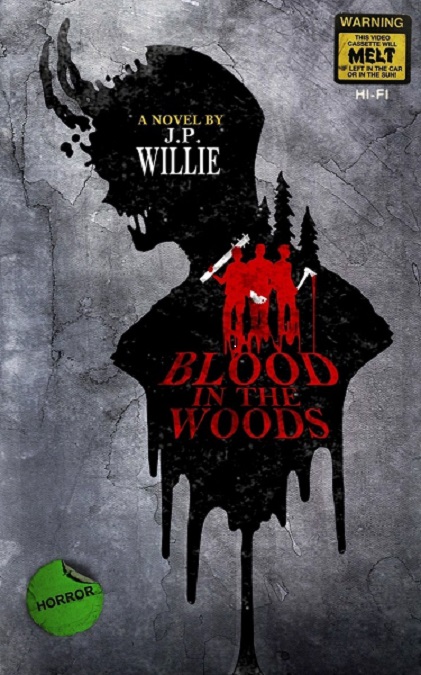 Blood In The Woods was published by Hellbound Books and is available on their website. You can also purchase the book in paperback and Kindle version on Amazon through the Horror And Sons Recommendations page.