A young filmmaker named Carl Sundström entices his fellow film making friends to accompany him to Sweden’s “Witch Lake”, so named for it’s being the place were numerous women were killed in “witch trials” that took place in the country during the late 1600’s. While doing some research in preparation for their journey, various sources lead them to believe that the place known as “Witch Lake” is not the actual lake of historical record, but, in fact, is a completely different lake that has been renamed in an attempt to keep tourists, history hunters, and (presumably) nosy filmmakers away from the “real” Witch Lake.

After speaking with more sources familiar with the area surrounding the lake, they soon discover that quite a large sum of money was spent to turn the lake in a tourist attraction complete with guided tours, but that the project was quickly abandoned after only the first few tours. The real reason for the shut down is undisclosed, but a mysterious phone conversation with a former tour guide leads them to speculate that the project was greeted by sinister forces. Possibly supernatural in nature?

Although all of their contacts attempt to dissuade the team from attempting to locate the “real” lake, Carl still manages to convince only one of his friends to join him on the trip. The 3rd member of the group is scared off by the warnings and chooses to stay behind. He phones his friends just as they are arriving at a clearing near where the “real” lake is supposed to be located. However, due to some issues with signal, his friends can hear him, while he can not hear them. The accompanying friend begins to show regret in making the trip, but refuses to let Carl venture into the words surrounding the lake by himself.

The history of the witch trails is secondary to documenting the team trip to the lake, as well as the gathering of the research leading up to it. This will undoubtedly be of some disappointment to those looking to learn a little more about a darker side of the country’s history. While Carl and his cohorts are very real people, there is undoubtedly some acting taking place here. There is at least one camera issue about 30 minutes into the film that will undoubtedly make some viewers question the validity of what they are watching. And maybe they should.

While there is no attempt to disguise or obscure the fact the Carl and his friend survive the experience, what they discovered comes delivered via a twist that will undoubtedly infuriate a large number of viewers, while possibly winning the respect of a few others. The deciding factor will be in just what you, the viewer, is willing to believe. 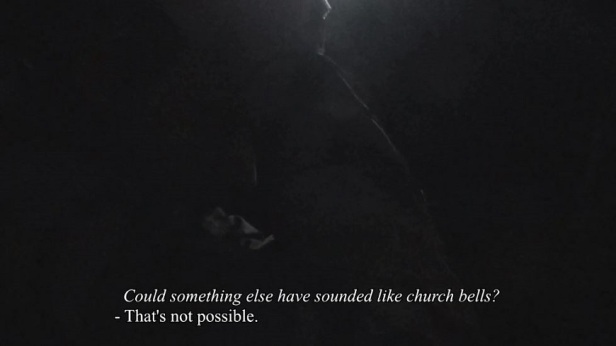 Documenting The Witch Path is currently making the film festival circuit, and was an official selection of both the Bloody Horror International Film Fest and the UK Monthly Film Fest. For more information on the film and screening locations/dates, please visit their Facebook page at: www.facebook.com/documentingthewitchpath