As I’ve mentioned more than once before, this series may need to be renamed the “Friends Submission Series” as a large (and growing) number of the contributors are friends, some I’ve known for many years. Excluding my wife, I’ve probably known Brett Wainer the longest.

Despite butting heads more than a few times when we first became acquainted, Brett has become one of my dearest friends in the decade that I’ve known him. So much so, that when it comes to submitting pieces for the Halloween Horrors series, he does not surprise me. Not at all.

For his debut in last year’s series, there was no surprise that he would choose Romero’s Dawn of the Dead. It’s his favorite movie. So, when it came to favorite character, I was also not one bit surprised when he chose The Toxic Avenger. Not at all. We’ve argued about these movies for the past ten years! 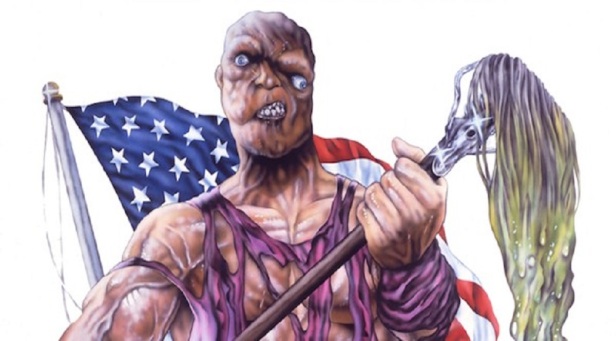 Growing up in the 70s and 80s, there was no shortage of great horror movies or horror movie characters. Jason Voorhees, The Tall Man, Michael Myers, Leatherface, and Freddy Kruger were always at the top of most people’s list. Although I do have love for most of them, there was always one horror monster, a hero of sorts, that I always felt a connection to. More so as I got older and I could understand why I felt a connection to this monster hero who hails from none other than Tromaville. His name is Melvin, The Toxic Avenger.

There are more terrifying characters out there, sure. Yet, none other than old Toxie could say that they were the flag bearer for a renegade independent company that proudly threw forth its middle finger at the mainstream since Day 1.

Through my teenage years and on through my adulthood, I also shared that feeling. Toxie was my monster “flag bearer”, of sorts. 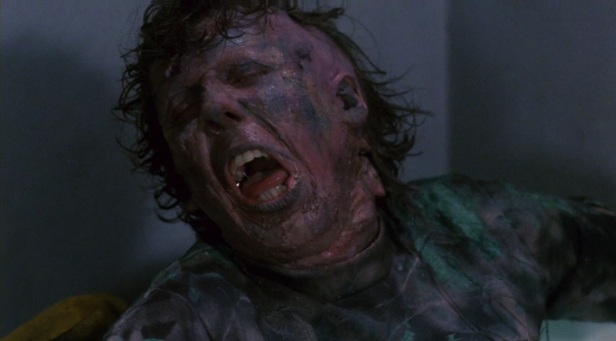 The movie itself is about a nerd outcast who is a janitor at the local gym and is bullied to the point of his almost demise. He falls from a 2nd story window into a can of toxic waste and the monster is born. The monster, of course, protects the innocent, the bullied, and defenseless. The film and character offer up a bit of everything. Violence, comedy, horror, and…. well, even a positive message for all you kids!

The original film would end up being a hit in the earlier days of VHS and helped spawn 3 sequels… and even a children’s cartoon called The Toxic Crusaders! (I somehow doubt that the execs who thought this was a good idea ever saw the film.)

Toxie has been doing the same for Troma for decades. The film itself is the company’s flagship brand, of sorts; the film and character that put them on the map.

My love for The Toxic Avenger, as you can see, is much more than for the movie itself. It’s the film that opened the doors for me to a company that, even from a young age, I knew was different. I went on to rent Class of Nuke em High, Mother’s Day, and as much of  Troma’s 80’s fare as I could find. I wanted more than what the major studios would stuff down the throat of the general public.

I can even remember a time in high school, going with a friend of mine to hang out in Manhattan one Saturday afternoon, taking the #7 train to Grand Central terminal. Walking down 42nd Street, which wasn’t the safe Disney tourist attraction it is now, and seeing The Toxic Avenger playing top billing long after its initial release in one of the dingy run down theaters… and, of course, I convinced my buddy we just HAD TO go in and see it on the big screen! It was an experience to say the least!

It has also been a thrill for me to have met the mastermind of the film itself, Lloyd Kaufman, so many times at horror conventions, and seeing the man himself is genuine punk rock without even trying to be and maybe not even knowing he is. Lloyd, Toxie, and Troma continue after 40 years  to wave the flag of independent cinema with their own brand of movie making, as well as their annual festival Tromadance giving other indie films a chance to be seen.

My love for The Toxic Avenger goes so far beyond the film itself, which I have seen countless times! It’s more so what he represents, what the film stands for, and will continue to stand for in another 40 years. A middle finger proudly in the air, aimed directly at the major studios, saying “I have made my mark without you and I belong here every bit as much as your Freddys and your Chuckys, whether you like it or not!” 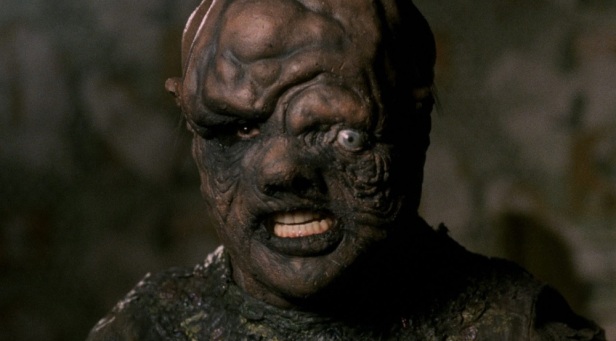 You can see more from Brett on his Facebook page, What Lies Underground… or regularly commenting on my personal account now that Derek Jeter owns my beloved Miami Marlins.