Probably my favorite thing about this Halloween Horrors series is that with a sizable portion of this year’s entries, I get to introduce many longtime friends. Our next contributor is another example.

For her Halloween Horrors debut, Harriett Branch takes a look at the film adaptation of Ray Bradbury’s Something Wicked This Way Comes. While I had scheduled this piece for late in the month before even reading it, the theme running through both the film and the following post seems to justify that decision. 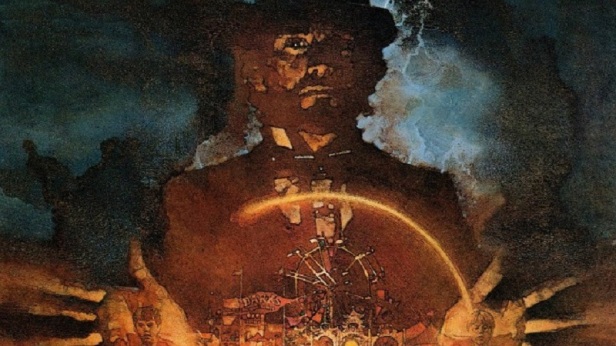 I was probably about 14 years old when I first saw “Something Wicked This Way Comes“, and I knew it was going to be one of my favorites.

Based on Ray Bradbury’s novel and with a script written by the author, the story focuses on two best friends, Jim Nightshade and Will Halloway, who are just itching for something exciting to happen in their sleepy town. Enter Mr. Dark and his creepy carnival. The boys sneak out for a nightly jaunt to watch the carnival’s train barrel into town, and when they walk to the carnival site, everything is already set up, with nary a person around. The next day, the boys venture out to visit the carnival, and realize there is nothing to be afraid of in the daylight. All of the townspeople are there including the old schoolmarm who is dazzled in the carnival’s Mirror Maze as she is transported back to her younger days. As is the former football hero, who wants nothing more than one more shot on the field.

Jim and Will quickly realize that this is no ordinary carnival as the town’s residents are all seemingly given their heart’s desire. The town barber is surrounded by beautiful women. The cigar store owner finally wins that lottery windfall. But the boys cannot be fooled. They know something is afoot so they sneak under a tent and find the carnival’s broken down carousel. They climb on the horses and pretend to have a ride all to themselves. Until…..they come face to face with the carnival’s creepy owner, Mr. Dark. He scolds them for sneaking in, but invites them back to the carnival with free passes. The boys know something is up so they sneak back in to the carousel tent where they find the true, horrible secret to the carousel. It goes backwards and can take a person back to their youth. 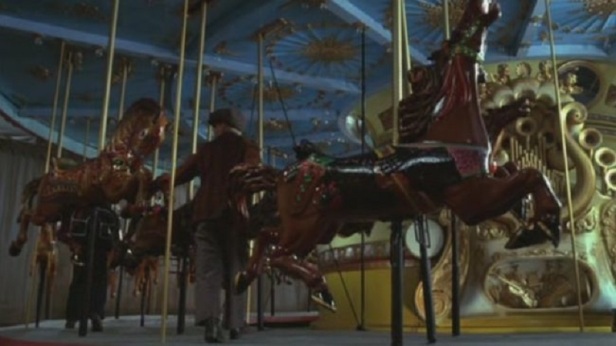 This opportunity is offered to Will’s aging father, Charles, the town librarian, who discovers that the carnival has a history of visiting their quiet town and taking the lives and souls of its residents. There is a memorable fight between Mr. Dark and Charles in the library as Mr. Dark counts down the years he offers to return to, but Charles cannot be swayed and is nearly taken down for good. He recovers and manages to save the boys from riding the carousel and being trapped with the carnival forever as Mr. Dark is forced to ride the lightning during a terrible storm and is reduced to nothing more than a pile of bones. Dust to dust…..

The main themes for this film are aging and regret. The boys want to grow up too fast, the adults want to go back to their youth. It takes place at the end of summer, and just before fall, Bradbury’s favorite time of year. That time when the weather is changing, the wind has shifted, fall is in the air, and that means pumpkins, Halloween, costumes, and trick-or-treating. It’s my favorite time of year, too, for those same reasons. It also means scary movies, ghost stories, and creepy creatures crawling out of the dark.

There is a sense of foreboding in this film that made me feel like becoming an adult was a scary thing, and not something I really wanted to look forward to at all. The fact that Halloween comes at the end of the year makes me start to look back at what I’ve accomplished or haven’t. It’s a time to remember to be young, and we can safely play with the dark things, including death. The movie explores themes such as good vs. evil, old vs. young, and reminds us that time slips away from us all if we don’t wake up and live our lives. The best thing about Halloween is that it gives everyone the opportunity to be whomever, and whatever they wish… even if just for a day. 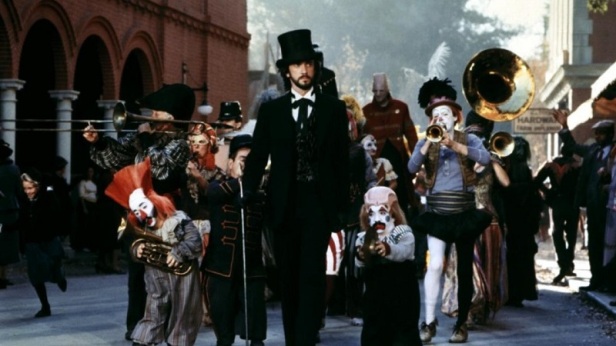 One thought on “Halloween Horrors 2016: Post #22- Submitted By Harriett Branch”