Mandi Fallon returns for a second year of Halloween Horrors…. not that she had much choice.

For her 2016 topic, Mandi chose AMC’s FearFest, an event that is always eagerly anticipated in this household. However, what was originally conceived as a “love letter” soon turned into something else after researching the history of this annual televised smorgasbord of horror. 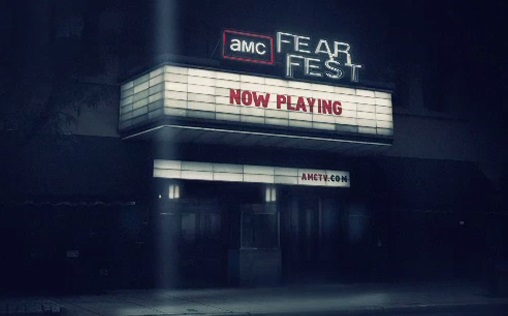 I am very excited to write another piece for Horror and Sons’ Halloween Horrors for 2016!  Although I have to be honest – as I write this it is currently 9:01pm, the sun is down, but it is a hellish ‘real feel’ of 98 degrees here in Florida.  Not exactly prime October writing weather!  Luckily, my family and I ‘live’ Halloween 24/7/365, so it’s easy to just look around at our giant Creature from the Black Lagoon poster, our framed The Thing from Another World press sheet, or our artist renditions of Jason Voorhees and Michael Myers hanging in our living room and suck up the air conditioning to get myself in the mood.  Hell, even calling my kids by name can invoke a certain atmosphere since they both have first and middle horror based names (Bishop Campbell and Dekker Price).  Like I said, we live Halloween & Horror!

Regardless of the current Hades that is happening outside my back door right now, this is being posted and read in October.  Hopefully, for me anyway, the temps have crept down a little to being barely tolerable and my belly is full of everything pumpkin.  More than likely, I’ve picked up trinkets and candy to make treat bags for my 1st grader’s class, I have already purchased at least three Halloween cookbooks, I’ve flipped through five pumpkin carving books a million times to plan out this year’s carvings, and orange lights have been strung across the front of our house.

Although all of the aforementioned things are each exciting in themselves and are magical jigsaw pieces to my finished Halloween puzzle, I decided to base this year’s submission on one of the two things that excites me about Halloween the most – AMC’s Fear Fest!  (The other would be trick-or-treating with my little boys!). 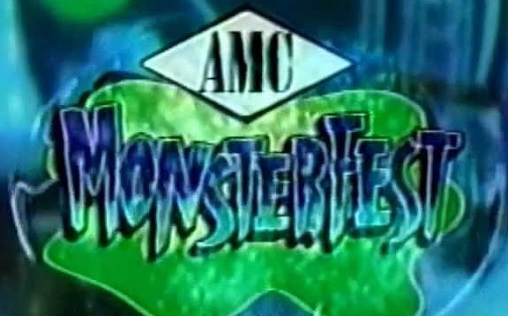 AMC, or ‘American Movie Classics’, has been around since 1984, but it wasn’t until 1997 that they started what would become the subject of this writing.  At that time, and through 2008, it was known as ‘Monster Fest’.  I did not ‘get hip’ to Monster Fest until 2006.  Growing up as a child who loved Halloween and scary movies and growing into an adult who became a horror fanatic, finding this programming was thrilling, exciting, and gratifying.  Some of the movies shown that year were Universal classics such as Dracula, Son of Dracula, The Wolf Man, and the Bride of Frankenstein.  The newer classics were also present with Hellraiser, Halloween, and A Nightmare on Elm Street.  (Check out this link for a more comprehensive list of programming from 2006).  http://www.amcnetworks.com/press-releases/amcs-monsterfest-x-is-televisions-x-treme-halloween-horror-event

I have to stop here and digress a little. When I decided to choose Fear Fest for the subject of this piece, I had every intention of writing about how much I loved this event.  I still do and I will still watch. However, in researching past programming I got really disheartened.  I know I said that this is something that I look forward to each year and that statement still holds true.  I wouldn’t be honest if I didn’t say that when comparing AMC’s play list from ten years ago to today, it’s really disenchanting.

Don’t get me wrong – I enjoy the hell out of the 1980’s slashers and I revel in watching them edited for TV.  Did I say that I enjoy watching them edited?  Why yes, yes I did.  I’m not sure if it’s childhood memories and the good “feels” of the 80’s, remembering falling in love with the horror staples in their cut versions, or if it’s because my 6-year-old absolutely loves our cinematic affections and can watch them edited (hey, I’m not THAT bad of a parent as to let him watch the full movies!).  It also gives me girly squeals to see all of the Halloween themed commercials for various products (Reese’s, alcohol ads, etc).  It just helps to hype my already elated seasonal mood.  BUT……I’m just saying that it’s a little disappointing to see the line-up from 2006 as opposed to 2015.  (As a happy and interesting side note – TCM’s Halloween programming is kick-ass this year.  Titles include The Devil’s Bride, the original The Blob, The Devil Doll, The Killer Shrews, and several Universal classics.  They begin showing on October 7th and have marathons every Friday, some Saturday mornings, and all day on Halloween.  You can click the link here to view the entire schedule for the month of October – http://www.tcm.com/schedule/).

Today with AMC, we get at least two nights of the two-week block filled with Tremors and Child’s Play marathons, neither of which I am a fan.  I am also not a Walking Dead fan, which (for the past two or three years) AMC has shown the hell out of during my beloved Fear Fest.  However, I could watch Halloween I through VI and Friday the 13th I through IX every night of my damn life and die happy.  I also enjoy the original Amityville, A Nightmare on Elm Street…. you know – the usual ‘regular’ TV fodder.

Alas, even though I would love to see AMC return to a more well-rounded schedule of old and new-ish classics of horror, I still love the ambience that watching Fear Fest exudes.  I love heading home from work every day and looking forward to a night of TV scares.  I love filling my DVR with everything that will possibly fit in its parameters and re-watching these beloved classics all year long.  And although I feel like petitioning AMC to tell them to get their crap together, I will still enjoy the atmospheric wonderment of watching the slasher classics on TV (even if it is five straight days of the Halloween and the Friday the 13th franchises).  Even penning this piece has elevated my anticipation another notch.

While you now know that I wrote this on a balmy night in August, and that I probably lost a touch of this excitement the following day while my sweaty back was sticking to the leather seat in my car, I take solace in the fact that when you actually read this I will be clearing out the DVR from last year’s viewings and recording a whole new batch of scheduling from one of my favorite events of the season – AMC’s Fear Fest!  Now I just have to make it share its space with TCM.

Whatever type of programming you’re into… I hope you have a wonderful Halloween 2016 season!