Click Image To Purchase Cthulhu Mansion on VHS From Amazon

If anyone is talking about Cthulhu Mansion, and they aren’t, the conversation usually focuses on the film’s place in the catalog of horror movies that have yet to receive a (US) DVD release. And while there are still quite a few “cult classics” out there waiting for some form of “modern-day” video release, I don’t believe that I would rank Cthulhu Mansion as one of them.

The film is directed by Juan Piquer Simón. Simón is best remembered for directing such high concept films as Pieces and Slugs. And by “high concept”, I mean “gory and dumb”. And while Cthulhu Mansion features none of the gore of those previous films, it still delivers plenty of “dumb”.

The opening credits feature a soundtrack lifted directly from one of those Halloween sound effect CDs that you see in every department store come October. There are creaking floorboards, hissing cats, shattering glass, and maniacal laughter. Even the music is the same with the opening theme being “Toccata and Fugue in D minor”. So, yeah…. I wasn’t bullshiting. It really is one of those CDs.

The film opens sometime in the past, finding celebrated stage-show mystic, Chandu (Frank Finlay – Lifeforce, Shaft in Africa) starting his performance. Due to his attire, he reminds me of the old Sargon character from DC comics. It’s a pretty elaborate show, complete with rings of fire and Chandu’s wife/lovely assistant, Lenore, levitating above some sort of ritualistic altar.

Something goes horribly wrong while performing the levitation act and Lenore bursts into flames in mid-air. Well, a mannequin bursts into flames. The effect is poorly disguised, what with there being no movement at all from the body. Unless, of course, she’s just taking burning to a crisp quite calmly.

This is immediately followed by a short black & white scene of Chandu and Lenore in a used-book store. There, Chandu finds an ancient book on the shelves, entitled simply enough, “”Cthulhu”. Think of it as the Necronomicon from the Evil Dead series, only this one was made with a notebook and Sharpie marker by a “misunderstood” 15-year-old. Now, I know that all used-book stores are different, but most of the ones that I’ve been to are operated by book lovers. So, I can’t imagine one of these people getting an ancient relic of black magic turned in for store credit, and then just tossing it up on the shelf in-between a dog-eared Mortal Kombat strategy guide and a copy of Paul Riser’s “Couplehood”.

We then cut to 2 men making an illegal transaction involving the distribution of narcotics, while inside the confines of a carnival attraction designed to illicit fear from its patrons. In other words, someone is slangin’ “booger sugar” in a spook-house ride. It’s a pretty cool looking spook-house, though.

Outside, the buyer’s girlfriend, Eva (Melanie Shatner – Subspecies 2 & 3, daughter of William), is waiting with another couple. The other couple, Billy & Candy, are idiots literally incapable of getting food in their mouthes. The entire lot of them are dressed in black leather jackets. This makes them look like members of some bizarre Member’s Only fetish cult. That, or a Ramones cover band.

The boyfriend, Hawk, stabs the dealer and steals the blow, tossing the man to electrocute on the rails of the ride. You can tell that Hawk is “tough” because he’s named after a member of GI Joe. Another man, hidden in the shadows, sees the whole scene.

Chandu,  now runs his show from this same carnival. He’s still performing some fairly elaborate tricks, including dropping a row of swords on his new assistant, his daughter, Lisa (Marcia Layton). For his next trick, he submerges Lisa is a large fish tank filled with Country Time lemonade. It might just be some funky looking water, but I prefer to think that it’s hot outside and what better way to quench her thirst than with a nice, tangy glass of sunshine?

Meanwhile, Chris, Eva’s brother, is in the parking lot trying to hot wire a car. A security guard catches him in the act. He’s saved from arrest when Hawk appears, knocking out the guard from behind. Chris manages to get the car started just as the guard is reviving. The guard shots Chris in the leg before Billy unloaded on him with some of the most half-assed kicks that I’ve ever seen.

Chandu, Lisa, and their mute bodyguard are preparing to head home when they are hijacked by Hawk and his gang. They pile into the car and, at gunpoint, order the bodyguard to drive them out. They are detained at the exit by security, who are now stopping all cars in order to look for the killers. The guards are completely un-phased by the group of troublesome looking punks in the car with the old magician, and allow them to drive off.

Hawk orders the car to be driven to Chandu’s house, where the magician and his crew will be dropped off before Hawk steals their car for an escape. They arrive at the old mansion that Chandu calls home. They carry the injured Chris into the house, and Chandu offers to patch him up and give them money if they promise to immediately leave afterwards. Eva stays behind as her brother is being attended to, while Hawk and the others head to the sitting room.

Hawk takes this time to call a dealer that he is in debt to. He offers to sell the stash that he stole to the dealer as means of covering the debt. This dealer must be oblivious to the concept of wire-tapping as he openly talks business over the phone. He is also seen cutting up enough lines to stretch across his desktop. This is just to reinforce the concept that he is a drug dealer, albeit not a very professional one. You don’t get high on your own supply, broham!

The power goes out and Hawk sends Billy to check the basement fuse box, taking Lisa with to show him the way. While in the basement, Billy finds a barred steel door and opens it, finding a rather large underground tunnel. Lisa pushes him aside and shuts the door. She pushes past him and runs back upstairs, Billy right behind her. When they get back upstairs, Chandu returns from his study to say that Chris has been patched up, but still requires medical assistance.

Hawk knows that they can’t just take him to a hospital, so he decides that they will all stay at the house overnight.  They take Chris to a bed, leaving Eva behind (again) to keep an eye on him. Meanwhile, Hawk and Billy take Chandu back into his office and tie him to a chair. They begin to ransack the mystic’s office, eventually finding the keys to his wall safe. Hawk retrieves the ancient book of Cthulhu. Unsure of just what it is, he tosses it on the desk before leaving the office, Chandu still tied up.

Chandu “prays” to his deceased wife to help him in this situation. This causes the Book of Cthulhu to open and start flipping its pages. Smoke starts to pump from the cracks around the basement door. Lenore (also played by Layton) appears in spectral form to warn him that the opening of the door, as well as his summoning her via the book, has unleashed an evil force upon the house, endangering all that are inside. As she leaves, the wind picks up and flames rise in the fireplace. A heavy fog starts to roll through outside. All the while, the man from the carnival (who kinda looks like a young Pedro Guerrero) is waiting in a car parked outside of the house. 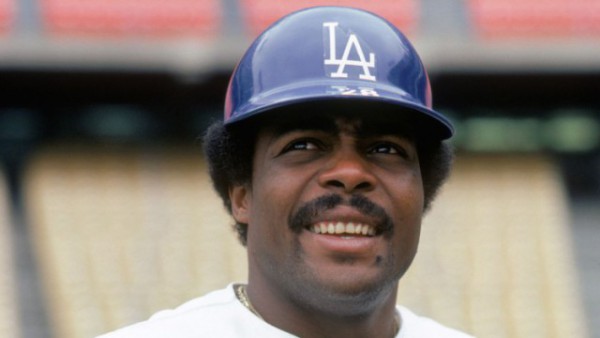 The doors in the basement start to bulge and swell, as if something is trying to break through from the other side. It’s a rather stand-out effect in an otherwise poorly executed film, and also a nice precursor to the similar effect later used in John Carpenter’s “In the Mouth of Madness“. Needless to say, the “evil” does make its way into the house.

From here, it’s your standard “evil presence killing everyone off” horror fare. There are fridge monsters, bloody showers, flying knives, and green puke. There is even a scene blatantly ripped from Evil Dead as one of the female characters is attacked by vines. I, however, am happy to report that no one gets raped. Well, no one except my poor eyes from watching this.

Marcia Layton deserves some credit for actually putting in a decent performance. Sadly, she did not appear in much else. Finlay seems to be “sleepwalking” through the role, but even that is enough to outshine the remainder of the cast. Pedro Guerrero only gets one line of dialog, but he does carry a .480 career slugging percentage.

Despite the horrendous acting, brain-dead dialog, and “been there, done that” plot, I actually enjoyed Cthulhu Mansion. Not enough to illicit any desire to watch it again anytime soon, but enough that I never felt compelled to turn it off. Part of this may have been due to this being a first-time viewing, as I admittedly expected the story to lead to a bigger “pay-off”.

Sadly, Cthulhu Mansion has only seen a VHS release in the States. I believe that it may have been released on DVD elsewhere, but I’m far too lazy to look.

NEW REVIEW! We're checking out @thefilmdetective upcoming blu-ray of "Hercules and the Captive Women".
Posted a new review of 2006's "The Woods" a couple days back... And forgot to share the link. Oops!
From Halloween 2018, I believe
NEW REVIEW!
NEW REVIEW!
I 've said that I've been wanting to write a "look back" at this game, but I think I'm actually about to finally start it.